Analysis is not advocacy. The Lebanese should understand that truth. 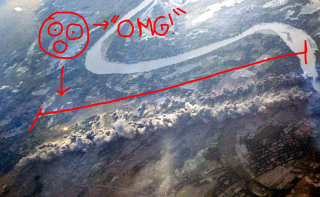 "Analysis is not advocacy."

How many times have I written that on SST?

Unless you want to live in fantasy you must have the ability to think outside the box created by what you want rather than what is or is likely to be.

The Israelis live in such a box.  In their box the world is filled with gentile monsters who must be dominated and manipulated.  The manipulation part of that illusion is reinforced in their minds by their incredible success in forming public opinion in the US.

The Lebanese live in a different box in which they, in their collective mind's eye, are far more important to the rest of the world than they really are.  A Lebanese I knew well often told other Lebanese that their mistake was in thinking that Bill and Hillary woke up every morning and asked each other " I wonder what is happening in Beirut today?"  The truth is that Lebanon is only important to the Lebanese and that has always been true.  It is particularly true now in the age of neo-neocon domination of US foreign policy.  The cartoon like simplicity with which Bolton, Pompeo and Trump misunderstand realities on the ground in places like Lebanon is striking.

In service to Israeli ambitions for hegemony throughout the ME, these people have no interest whatever in the welfare of the Lebanese.  In particular they are incapable of seeing Hizbullah as anything like an integral part of Lebanese society.  No, they see these Lebanese Shia as nothing more than a threat to Israel.  As I have pointed out, war against Hizbullah is already authorized under American law by their designation as a terrorist group and the AUMF against terrorism.

The Lebanese in Lebanon should understand that US Embassy Beirut has no policy influence in Washington.  None!  The true believer neo-neocons have no interest whatever in the opinions of State Department career bureaucrats who usually do not share their imperialist faith in the global destiny and mission of the US.  Remember that truth when you are tempted to shower praise and attention on the inhabitants of Fort America in east Beirut.  They are in exile among you.

Does any of this mean that I favor the aggressive and disrespectful bullying that emanates from Washington in the era of the neo-neocons?  It does not, but I can recognize reality and this attitude toward Lebanon is real and must be recognized.  The neo-neocons would not shrink from devastating southern Lebanon in order to wreck Hizbullah.  pl

This entry was posted in As The Borg Turns, government, Lebanon, Policy, The Military Art. Bookmark the permalink.

54 Responses to Analysis is not advocacy. The Lebanese should understand that truth.