Black Lives Matters is a fraud. It is a contrived propaganda ploy that pretends to care about saving the lives of African Americans when in fact it pays only selective attention to incidents that account for very few black deaths every year.

The repetition of the mantra, “Black Lives Matters” is now accompanied by the kind of mob mentality and bullying that made the lynching of African Americans in the 19th and 20th centuries the calling card of Southern racists. Lynching in the 19th and 20th centuries was not a common practice, but it happened often enough to send a message of warning or terrorism to the black community. According to the NAACP:

From 1882-1968, 4,743 lynchings occurred in the United States. Of these people that were lynched 3,446 were black. The blacks lynched accounted for 72.7% of the people lynched. These numbers seem large, but it is known that not all of the lynchings were ever recorded. Out of the 4,743 people lynched only 1,297 white people were lynched. That is only 27.3%. Many of the whites lynched were lynched for helping the black or being anti lynching and even for domestic crimes.

The death of George Floyd while in police custody has become the latest current event cudgel to push the propaganda themes of white racism, rampant violence against African Americans and routine police brutality. Facts no longer matter. The image of one white officer choking out a helpless black man is enough to ignite global faux outrage. God himself cannot save you if you dare to challenge the conventional wisdom that the ONLY thing that matters are Black Lives and White guilty.

But the Black Lives Matter movement routinely ignores the loss of black lives. If Black lives really mattered, would Americans tolerate the mass extermination of black babies every year backed by interest groups that cater to businesses owned mostly by white people who profit from this industrial scale killing:

Abortion is the number one killer of black lives in the United States.  According to the Centers for Disease Control and Prevention, abortion kills more black people than HIV, homicide, diabetes, accident, cancer, and heart disease … combined.

How about the murders of young black men in the major urban areas in the United States?

Chicago–In Chicago, 191 people have been killed this year (2020). The majority of the victims of homicide in Chicago are young, black men.

Baltimore–Baltimore ended 2019 with 348 homicides on record, according to data compiled by The Baltimore Sun. The year had already set a grim record of 57 killings per 100,000 people, the city’s worst homicide rate on record. Over 90% of the victims were black.

If you are young, black and live in a Democrat controlled urban area, your life ain’t worth shit. More black men died in one month in Baltimore in 2019 than a black man killed by all police in the United States in the last 8 years. Let that sink in.

Look at the list of some of the black officers killed in the line of duty in 2019. Their lives did not matter to the falsely named, Black Lives Matter:

Sheriff John Williams, 62, was gunned down during a call to a nearby gas station. He spent more than 40 years in public safety, including 19 years as Lowndes County sheriff before his death. 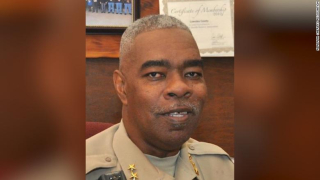 Officer Rasheen McClain, 46, was shot and killed by a gunman accused of invading a home in Detroit. Police believe the suspect had tactical training before opening fire on McClain, a 16-year law enforcement veteran. 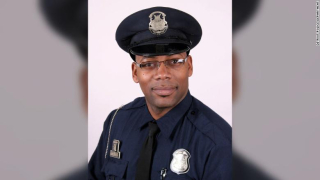 Investigator Cecil Ridley, 51, was on routine patrol when a suspect shot him outside of a convenience store in Augusta, CNN affiliate WFXG reported. Hundreds attended his two-hour funeral. 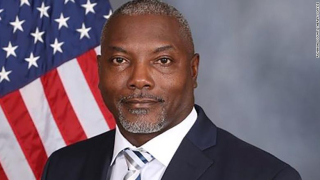 Officer Dornell Cousette, 40, was attempting to arrest a 20-year-old suspect on multiple felony warrants when the suspect shot and killed him. Cousette had served the department for more than 13 years. 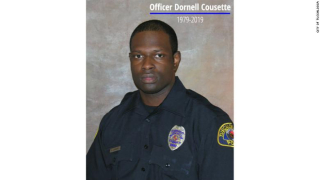 Officer Andre Moye, 34, was in his third year with the department when he was shot and killed by a man whose truck was being impounded. Inland Division Chief Bill Dance said Moye considered his work a “dream job.” 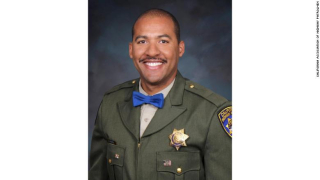 Sgt. Kelvin Ansari, who served in the US Army for 21 years prior to becoming an officer, was killed when shots broke out after he and other officers were approaching a vehicle suspected as part of a robbery investigation. 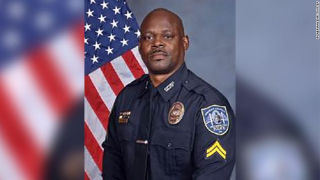 Sgt. Wytasha Carter was shot and killed outside a bar and another officer was critically wounded as they responded to a report about car break-ins. The father of two had also served in the US Air Force. 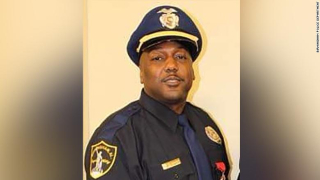 Black Lives Matter could care less about the vast majority of African American people. They ignore the slaughter of unborn children, young black men inhabiting the streets of America’s major urban centers and the black men and women who serve as police officers.

I want an America where the color of one’s skin does not matter. If you are a living, breathing American then your life matters. Period. Martin Luther King had it right:

“I have a dream that my four little children will one day live in a nation where they will not be judged by the color of their skin but by the content of their character.”

That sentence alone merits Martin Luther King being enshrined and memorialized as a Founding Father of America.