“Bless you, you are a one horse pony.” or something … 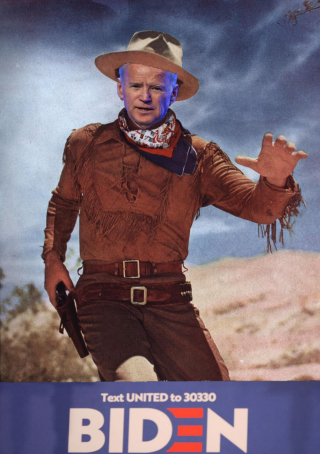 Joe … Joe …  We hardly know yuh.   Joe's retort to Peter Duecy yesterday is a reprise of his campaign description of a woman in an audience as a "dog faced lying pony soldier."  Say what?

I have known a few "pony soldiers." That is what the Plains Indian called the US Cavalry.  My father was one such.  A dear friend, MG John K Boles was another.  RIP.

If you want to see a representation of what they were like, watch John Ford's cavalry trilogy.

Joe knows that all he has to do is appoint the right AG and it will not be necessary to say or do anything else to defend his son.  MY WAG would be someone like Andrew Cuomo, a man for all seasons.  pl

14 Responses to “Bless you, you are a one horse pony.” or something …