737 Max, a layperson reflection and IMHO.

First, there is a terrific YouTube channel, Mentour Pilot, that I watch, which is hosted by a current European 737 captain. It is not ‘sound bite video’ and is an investment in time but it is thorough and he is a very good presenter. I will try to link in some of his videos.

I wrote this piece for Facebook, a few weeks back. I thought it might be a useful waypoint for the journey the commercial aircraft world is going on, for the rest of this year.

The first Boeing success in passenger jets was the 707, in the late 50s. That was followed by the 727, once ubiquitous as a short haul airliner. The 737 followed in the late 60s. The point here is that all three jets had essentially the same cross section. The 737 had the same engines as the 727 but only two rather than three. They were models of the legendary JT8D, much longer than wide. This allowed for shorter landing gear.

The 737 is the most popular airliner in history. There is one unique feature involving the landing gear. The main gear wheels do not have an outer cover when retracted. The tires are exposed, just like a P-40 Warhawk from WW2. This is due to a design decision that was driven by a predicted need to operate from small airports with few resources. It was done to keep the jet low while on the ground, for loading and maintenance,and it did not leave room for the typical fuselage bulge (fairing) for wheel covers.

So far, 1950s cross section and low to the ground design, assisted by a jet engine that did not have a big fan in front.

The 737-400 got big fan engines. The nacelles (engine covers) are actually flat on the bottom, rather the normal circular shape, to keep the same landing gear and low profile. It works but looks a tad odd. It was a first of other compromises to come.

By 1984, Airbus had designed and began selling the main competitor to the 737, the A319/A320/A321 series. Designed later, from a clean sheet, the fuselage profile is wider. (I prefer this plane as the seats are side to side roomier.) Jet Blue is a big customer. There is a higher stance and the wheels are fully enclosed when they retract. Unlike the 737, there was room for larger, more efficient engines without resorting to tricks with the nacelles or engine placement. The cockpit is more modern. They are outselling the 737, which also still continued to sell very well. The 737 is considered to be at the end of its possible development. The A320 series is clearly not. After several generations of both planes, each sporting incremental improvements in engines and avionics, a new emphasis on even larger, more fuel efficient engines arrived.

As a side note, we enthusiasts kept wondering when or if Boeing would replace the 737 with an airplane even more modern than the Airbus competitors. Like wider, with an up to date cockpit and avionics and lighter structures like the fabulous 777 and 787. The discussion was that the Max was one iteration too much. But they sell all they can make without the unbelievable investment a new airplane would take. It is found money, living on an investment made in the late 60s. Important to understand that the 737 is a huge cash cow, funding much of the rest of the commercial division, including the development of new aircraft. Any drop in sales is a serious matter. The A320 series has the same status with Airbus.

The YouTube channel,  Mentour Pilot, explains the technicality of the changes made to the 737 to get to the Max version and what the MCAS system is. I will try to include a link below. The Max has new engines that are so much larger than the original JT8D, that they had to move them forward and upward to make them fit. It changed the center of gravity and gave a pronounced pitch up dynamic when the now more powerful thrust was applied. Excessive pitch up can be very bad, like get into a low altitude stall and crash the jet bad. At too high an nose angle the wings lose lift. No lift, no flying, just a plane dropping from the sky. And the pilot asks for that increased thrust at take off and climb, down low with little altitude to work with.

A serious development factor with the Max was to get pilots to be able to transfer from the prior generations of 737 to the Max with as minimal a training program as possible. A very big selling point. The competitor jet is more comfortable (IMO), a more modern design so you need a competitive edge. The MCAS system was the key. It allegedly made the Max fly like the older generations, preventing the higher thrust from causing a uncontrollable pitch up. One pilot stated that his transition training was 60 minutes on an IPad. Pilots stated they were not aware it was even there, running the whole time. There is no way to “turn it off”.

Things get real technical at this point but the basic system relies on a correct read from a single pitch sensor or AOA (angle of attack) sensor. The jet has two, looking like small vanes on either side of the fuselage, just below the cockpit. Focus on the fact that the safest version of MCAS, using both sensors rather than one, cost more money. And so many airlines did not order it.

Now the story starts going very badly. If the one sensor the basic system is looking at goes bad, MCAS does not know the actual nose pitch of the jet and starts to take over trying to fix a problem that isn’t there. The pilots can not turn it off. As stated, most didn’t even know it was there. Without the sensor working properly it is going to do the wrong things. In Lion Air, the sensor and system was repeatedly found faulty on prior flights. In the Ethiopian crash, there is evidence that a bird strike knocked it off the aircraft. The only thing the pilots can do is turn off the electric motor that controls the horizontal stabilizer (sets pitch or nose angle) and crank the stabilizer by hand. Again, watch the Mentour Pilot video on this.

There is evidence that pilots were reporting issues prior to the Lion Air crash and they absolutely confronted Boeing after it. I have to tell you that this reminds me of the moment after the Challenger accident when we were informed of the outcome of the Rodgers Report and there was undeniable evidence that appropriately placed people knew the infamous O-Rings were leaking all along and were worse as the temperature got colder. We were gutted.

With the Shuttle, IMO, people were allowed to redefine their jobs as “making it  fly”, not making it fly safely. The word safely got crushed out. I believe Boeing had all the evidence needed to stop this as early as a year ago, if not further back. Corporate cultures, NASA included, create lethal environments for people who scream STOP! See the Columbia accident for a repeat at NASA. It was bad enough that action wasn’t taken before the Lion Air accident. I fully believe it’s absolutely inexcusable after.

It is not a silly question to ask if Boeing Commercial Aircraft will survive this event. No Lockheed, Douglas or Convair airliners are being manufactured these days. One thing money can’t buy is trust. Airlines are cancelling 737 orders. Airbus is selling large numbers of the A320 family and has the financial backing of European countries. The A380 failure (enormous investment and far too few sales) could have taken out a company but not  a group of nations. China has a need for some 7,000 regional planes. They are working hard to develop and make their own competent aircraft and to compete internationally. They are a nation, not a private company that has to make a profit.

I (layperson that I am), do not think Boeing Commercial Aircraft will disappear but it may lose its peer status with Airbus. They will fix the Max. That being said, there are serious issues in resolving the correct training to give to pilots. The sales edge of very little training is gone. There are reports that 737 Max simulators, a very big deal in training pilots, need faults corrected in their software. Getting this model back to flying was thought to be a matter of a month or two. Now August may be the earliest qnd the Paris Air Show, where many new sales are usually announced, is nearly at hand. 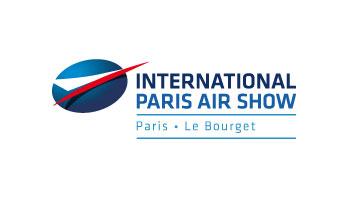 Boeing has been trying to make a decision on the all new 797, which would replace 757s and 767s now ageing out of usefulness. The market is estimated at 4,000 aircraft on a global basis. Airbus is pitching an A321 variant as the right answer. Their more modern aircraft, the A321, still has room for development. Boeing has to fund, develop, and launch the 797 aircraft. At that point they will be still left with no replacement for the 737.

There is a saying that a commercial aircraft firm bets the company when developing a new airliner. Did Boeing bet the company on not developing a 737 replacement? It looks like we may find out in the next few years.

46 Responses to Boeing, Boeing – by Babelfish