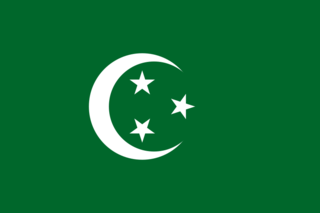 "Egypt's public prosecutor's office says it is investigating complaints against ousted President Mohammed Morsi and members of the Muslim Brotherhood.
They include spying, inciting killing protesters, attacking military barracks and damaging the economy. It did not say who had filed the complaints.
Mr Morsi was deposed by the army on 3 July. The US has called for his release from detention at an unknown location."  BBC

At the time of the anti-Mubarak revolt it was said by skeptics (including me) that Mubarak's corrupt but relatively liberal  government would be quickly replaced in one way or another by an equally corrupt and probably less liberal successor government.  This opinion was based on knowledge of Egyptian society and its underlying political ideas and beliefs.  It is often said by the "communicators" of the Western media that the Mursi government was the first elected government that Egypt has ever experienced.  In fact, between 1924 and 1936 Egypt "enjoyed" parliamentary democracy under the constitution of 1923.  The principal political party at that time was the Wafd, but there were others as well that held seats in parliament and numerous cabinet posts.  This was a constitutional monarchy.  It fell apart because of; Egyptian inability to compromise among parties, inability to accept the idea of a "loyal oposition," and unending struggle among the Wafd, the MB and other groups to the disadvantage of the country's interests.  It is true that the British occupiers interfered in Egyptian affairs but they usually did this to try to sort out political strife.

In the aftermath of the Officers' Coup against the king in 1952, whatever remained of the liberal political experiment in Egypt disappeared behind a facade of phony elections and military rule.  This kind of government eventually created Husni Mubarak.

My judgment and that of other knowledgeable skeptics two years ago was that Egyptians had not changed and that Mubarak's departure would merely unleash the same savage enmity that existed in Egypt under the monarchy.  In the present day the rivals are still; the officer corps, the liberal politicans and the salafists, among them most prominently the MB.  In recompense for our opinions we skeptics were called racists, etc.

Egypt still lacks any acceptance of the idea of a "loyal opposition," any acceptance of the idea of compromise as a means of governing, and any widespread willingness to share power with political adversaries.  At the same time the Army lurks in the background.  The Egyptian armed forces are largely unneeded and oversized, but still are a national institution that "balances" all else in the socity and that has no natural enemies except Egyptian politicians. This army has ended the governments of the monarchy, Mubarak and now Mursi.  This army lives on foreign subsidies that were given in the old days by the British and now by us Americans. We do this in the hope that this historically combat ineffective armed force will somehow be useful in the balancing game of the ME.  Why we and the British before us believed that is a mystery.

The Egyptian Army has acted once again in its traditional role as the arbiter of this vicious "system" of politics, a system conducted by adults who continue to behave as political children.  They will continue to act like children because they have not matured as a national polity and show no signs of approaching adolescence, much less maturity.

In such a system, defeated rivals must be eliminated.  If they are not eliminated they are likely to return to eliminate the merciful, hence the investigations of Mursi and the MB leaders.

The equally but differently childish elites in Washington and New York do not understand this history and process and probably never will.  Like the Egyptians they are trapped within their own assumptions.  pl