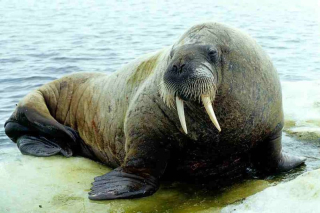 My Father traded in Asia from 1935 to 1942 and then from about 1953 to 1990. I was privy to many discussions and engagements with our customers over the years as well my transactions in my own right. I don't think the Washington decision makers, as opposed to perhaps career Sinologists in the State Department, quite understand the dynamics of the Trump Administrations relationship with China and the risks America appears to be running. The bit that seems to be missing is a realistic appreciation of "Face".

A quick search of the internet reveals scholarly definitions of  "Face" together with the description of it in socio – cultural terms that in my opinion do not do it justice. Couple that with Western insensitivity, NeoCon hubris and Trumps preference for believing everything is a negotiable transaction and we are set up for a monumental falling out with China that has lethal consequences for America.

I will give a few examples of Face, you can find plenty more on your own.  Did you know it is an insult to request a Chinese to sign a written contract? If he has agreed to the terms and said as much in front of other Chinese then that is enough. "Face" does the rest. Did you know that in certain circumstances "Face" requires you to lie to, or ignore, authorities in support of family and friends? This last, in my opinion, is the reason for the current Chinese attempt at omnipresent surveillance; "we tremble at the power of the Emperor in Peking, but the mountains are high".

Col. Lang makes the point that the Japanese went to war to dispel the threatened perception that "they weren't the men they thought they were". Well with "Face' in China its more than that, you are your "Face". To  damage someones "Face" is to create a lifelong mortal, implacable enemy. There is no way, short of death, to recover once you have given offense. Against that standard Trump, Bolton and Pompeo are playing with fire. "Just kidding" doesn't cut it.

It may surprise some of you to know that the West was trading with China right through the cold war – in US dollars only. Nixon didn't discover China either. It also may surprise some that China is perfectly capable of making very high quality reasonably priced sophisticated goods, and always has been. The reason that Walmart sells cheap Chinese schlock is because that's what they asked China to supply. As for "stealing intellectual property", don't make me laugh. We all do it and China has plenty of very smart people that create first rate IP of their own.

I make the case that China is a sophisticated and capable economy, with its own amour propre, not some third world hole populated by leaders that can be bought or threatened, and Trump risks forgetting this at our peril.

To this end I note that the trade war is not going to Americas advantage, China has vast holdings of American debt, China buys Iranian oil,  judging by reports of Sochi discussions, Russia AND China are likely to support Iran and both Korea and Taiwan are vulnerable. In my opinion President Trump has a very small window left in which to fire Bolton and perhaps Pompeo and embark on a more conciliatory line, before China becomes an irreversible, implacable enemy.

What says the Committee?

This entry was posted in Walrus. Bookmark the permalink.