An Appeal to General Dempsey on Syria 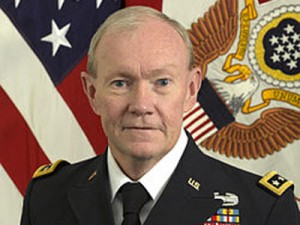 "We refer to your acknowledgment, in your letter of July 19 to Sen. Carl Levin on Syria, that a “decision to use force is not one that any of us takes lightly. It is no less than an act of war.” It appears that the President may order such an act of war without proper Congressional authorization.
As seasoned intelligence and military professionals solemnly sworn to support and defend the Constitution of the United States, we have long been aware that – from private to general – it is one’s duty not to obey an illegal order. If such were given, the honorable thing would be to resign, rather than be complicit.
"  Letter to General Dempsey

This entry was posted in government, Syria. Bookmark the permalink.

85 Responses to An Appeal to General Dempsey on Syria