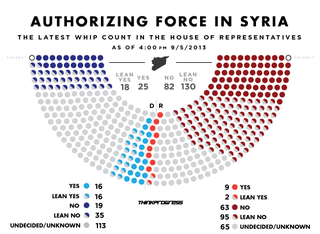 "They are embarrassed to be associated with the amateurism of the Obama administration’s attempts to craft a plan that makes strategic sense. None of the White House staff has any experience in war or understands it. So far, at least, this path to war violates every principle of war, including the element of surprise, achieving mass and having a clearly defined and obtainable objective.
They are repelled by the hypocrisy of a media blitz that warns against the return of Hitlerism but privately acknowledges that the motive for risking American lives is our “responsibility to protect” the world’s innocents. Prospective U.S. action in Syria is not about threats to American security. The U.S. military’s civilian masters privately are proud that they are motivated by guilt over slaughters in Rwanda, Sudan and Kosovo and not by any systemic threat to our country.
They are outraged by the fact that what may happen is an act of war and a willingness to risk American lives to make up for a slip of the tongue about “red lines.” These acts would be for retribution and to restore the reputation of a president. Our serving professionals make the point that killing more Syrians won’t deter Iranian resolve to confront us. The Iranians have already gotten the message. "  Robert Scales

I seem to recall that Scales was a cheer leader for the Iraq invasion and an adviser to DoD in that case.  If I am wrong, tell me so.  Nevertheless, I think that in this instance he has been to the mountain and returned with the golden tablets.  His point about CJCS' body language with regard to Kerry is absolutely correct. pl

Ha'aretz reports here that the targeting list is being expanded to include all syrian military heavy weapons.  This makes it clear that the statements by the WH to the effect that the strikes would be about deterrng the use of CW is nonsense.  The objective is weakening of government forces to enable a rebel victory in th ewar.  pl