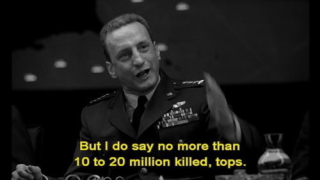 "For Putin, his Syrian intervention has been an unambiguous win on the world stage. Its benefits exist on many levels, not least Russia’s reinforcing the potent message that Moscow, unlike Washington, stands by its friends. When his regime was collapsing in 2011, Hosni Mubarak, who had led Egypt for three decades as a loyal ally of America, was coldly abandoned by the White House. President Obama, against the advice of his own national security experts, cut Mubarak loose to the mob, refusing to take his panicked phone calls pleading for help.

That same year, when his regime was facing the abyss as civil war enveloped Syria, Bashar al-Assad got all the help he wanted from Moscow. Russia saved Assad and has not cared one whit about cries from the international community and NGOs about the brutal methods employed by the Syrian regime against rebels. This message has not been missed in the Middle East. It’s no wonder that even Israel has sought parley with Moscow, which has replaced Washington as the new regional kingmaker-cum-sheriff, while Egypt has renewed security ties with the Kremlin that Cairo abandoned more than four decades ago, in favor of the Americans. No more."  Schindler in Observer

Trump's son in law is the publisher of Observer Media.  Here we have a clear statement of what the change in tone would be like in a Trump Administration.

Well, pilgrims, decide.  Do you want the Borg Queen and her neocon/R2P pals to run our relations with Russia?  Do you want to gamble on the controllability of an escalatory ladder process if a Russia/US war breaks out in Syria, the Ukraine or the Baltic States?

General Buck Turgidson in "Doctor Strangelove" assures the president that US losses in a thermonuclear exchange with the USSR "will be 20 million, max!"  Would that work for you if HC decides to discipline the naughty Russians?   BTW, don't believe in any fairy tales concerning magic anti-missile defenses.  People like me and my wife in the DC suburbs and Edward Amame on the Manhattan island would simply disappear, literally in a flash.   The "rubes," as Amame calls them, or at least a lot of them would survive in misery.

If the Russians follow Soviet target planning they would put several warheads on each of their major aiming points.

Johnson and Weld are obviously not going to win.

The next president will probably be Hillary.  That will be great for her.  She can then order her AG to suppress the remaining ongoing investigation concerning her conduct and the Clintonworld Foundations.  If the Democrats capture control of the Congress there will be no brake whatever on her power and plans for us all.  pl

This entry was posted in As The Borg Turns, Borg Wars, Politics, Syria. Bookmark the permalink.