Janissaries will march across northern Syria and Iraq? 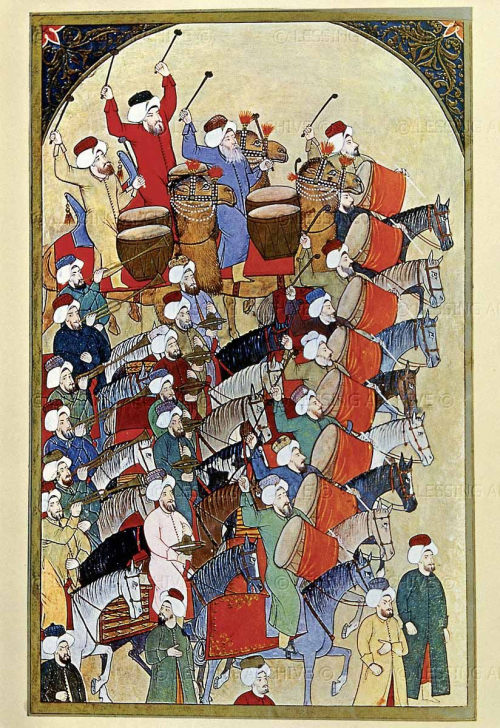 "The Turkish military will expand the area of its operations in northern Syria, up to the  Iraqi border, Turkish President Recep Tayyip Erdogan announced on August 18.

“The operations of the Turkish army in Jarabulus, Al Bab and Afrin will be carried out in other Syrian regions, up to the Iraqi border. They will also be carried out in [Iraq’s] Sinjar and Makhmur. We will eliminate the terrorist threat coming from the territory of Syria and Iraq. We will not let terrorists to control zones near our southern borders,” the president said at a congress of the Justice and Development Party.

The Turkish Armed Forces (TAF) along with Turkish-backed militant groups are already in control of a large chunk of northern Syria, including the cities of Al-Bab and Afrin. These areas were seized by Ankara under a pretext of combating ISIS and the Kurdistan Workers Party (PKK) – a Kurdish rebel group, which is involved in a long-term standoff against the Turkish governemnt.

On the same time, units of the TAF entered some areas in the province of Idlib in northwestern Syria.

However, the Erdogan government is not going to stop on this. Currently, it’s working to force the US to drop support to the so-called Syrian Democratic Forces (SDF). The core of the SDF is the Kurdish People’s Protection Units (YPG). Ankara describes the YPG as an affilate of the PKK."  SF

The US has positioned a small number of troops (advisers, etc.) in the NE and has made noises recently to the effect that the US and the SDF will defend the area that they hold west of the Euphrates River.  Convoys of materiel for the SDF forces have been arriving from Iraq and CENTCOM shows no sign of withdrawing from anywhere in the portion of northern Syria currently held by CENTCOM/SDF.

At the same time the Turkish Army is deep in northern Iraq and is constructing what look like long term facilities.  Erdogan plans to occupy all of northern Iraq?