“Georgia on my mind” 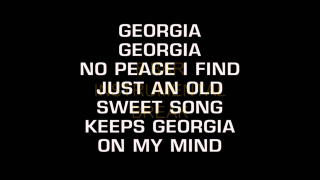 Raffensperger’s office on Wednesday said the investigations are into groups including America Votes, Vote Forward and The New Georgia Project — which was founded by Abrams and previously chaired by Democratic Senate candidate Raphael Warnock.

Raffensperger for weeks has issued warnings against efforts to register individuals who are ineligible to vote in Georgia’s runoff elections or to encourage people to come to Georgia with the sole purpose of casting ballots.

“I have issued clear warnings several times to groups and individuals working to undermine the integrity of elections in Georgia through false and fraudulent registrations,” Raffensperger said in a statement Wednesday. “The security of Georgia’s elections is of the utmost importance.”

Raffensperger said Wednesday that his office has “received specific evidence that these groups have solicited voter registrations from ineligible individuals who have passed away or live out of state.”

“I will investigate these claims thoroughly and take action against anyone attempting to undermine our elections,” he vowed.  foxnews

Raffensberger stated in a TeeVee presser yesterday that his household has received three absentee ballot application forms addressed to his son who has been dead for two years.  These invitations to voter fraud were sent by Stacy Abrams' group, the New Georgia Project.  Raffensberger held up the post card style application forms for all to see.

It looks like it will be a rainy day in Georgia.  pl

This entry was posted in Music, Politics, Reconstruction Renewed. Bookmark the permalink.

30 Responses to “Georgia on my mind”