“Here’s a health unto her majesty!” Trump wants a UK/US trade deal. Bravo! 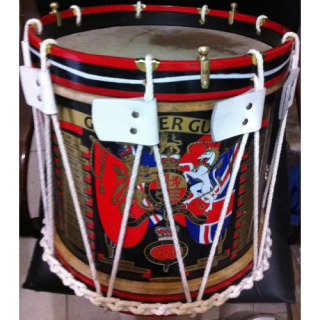 "Trump’s comments come as British politics remain on edge. The country is scheduled to leave the E.U. on October 31, after delaying its original departure date by months due to a lack of political consensus in Britain.

Prime Minister Theresa May announced her resignation earlier last month after repeatedly failing to gain support for the withdrawal deal she negotiated with the E.U. Parliament rejected the withdrawal deal three times and May was unable to win backing for it to pass in a fourth vote.

Trump also said he “wouldn’t pay” the $50 billion so-called “divorce bill” to settle the U.K.’s financial obligations with the E.U.: “I’m only saying this from my stand point. I would not pay, that’s a tremendous number,” Trump said.

A number of leading Brexit supporters are calling for the U.K. to prepare to leave the E.U. without any deal at all, which means Britain would have no trade arrangement with the bloc, likely resulting in economic disruption. "   CNBC

There is always the pesky problem of a re-emergent intra Ireland hard border, and then there is the loud mouthed mayor of greater London.  He is something like the British version of De Blasio, the lord mayor of greater Manhattan.

The globalists on both sides of the Atlantic will grind their jaws in frustration.  So much the better!  What would Scotland do?  "Time will tell."

Please watch the video of the official reception at Buckingham Palace.  The troops are from the Grenadier Guards Regiment of the Household Division.  President Trump when escorted by the commander of troops to inspect the guard of honor asks the Grenadier officer if he may speak to the men.  After a moment's thought the commander responds in the affirmative and Trump chats his way down the lines speaking with astonished soldiers.  Prince Charles finally joins in the conversation.  Trump's exchange at the end of the front rank with the Regimental Sergeant Major of the Grenadier Guards must have been a wonderful moment.  The two companies of the Guards then passed in review behind "Here's Health Unto Her Majesty ," and "The British Grenadier," (their regimental march.)

Pilgrims, I have been in a hell of a lot of parades, guard mounts and the like and IMO the president's desire to talk to the men was altogether charming.  pl

33 Responses to “Here’s a health unto her majesty!” Trump wants a UK/US trade deal. Bravo!