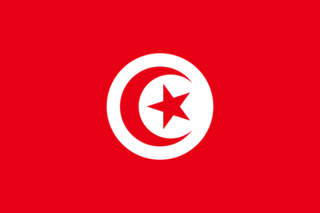 "The protest in central Tunis was called by the opposition to demand the assembly's dissolution and the resignation of the government, and to mark the six-month anniversary of the assassination of prominent secular opposition leader Chokri Belaid.
The powerful Tunisian General Labour Union (UGTT) called on its 600,000 members to join the rally.
"The people want the fall of the regime," the crowds in Bardo Square shouted.
The speaker of the National Constituent Assembly (ANC), Mustapha Ben Jaafar, said work on a new constitution and electoral law would resume once "dialogue commences".
Mr Ben Jaafar, whose Ettakatol party is part of the cabinet, condemned the failure of politicians.  in that perios to resolve the crisis.
"  BBC

Tunisia is a small but significant country.  It was a French protectorate for sixty odd years.  In that period French education and french ways of thinking were firmly established and still permeate the country.  Both Tunisia and Morocco were set free by France with little armed conflict.  Both had been protectorates.  Local government existed and this seems to have made "letting go" easier for the colonial power.  In contrast, Algeria had been a direct possession of France since the 1830s and indeed was considered an integral part of the French Republic with much the same status as Corsica or Guadeloupe in the Caribbean.

Even the Islamists are deeply marked by French culture in Tunisia.  Ghannouchi, the "patron saint" of political Islamism there shows the effect of Cartesian thought.  It actually makes him more dangerous.  He makes plans and executes his plans well and always has.

All political Islamist movements want the same things.  They want to seize and secure absolute power and to retain it permanently and without interruption.  The ultimate goal is always to establish a Sharia law state. All else is tactics.

It was inevitable that the secularized Muslim population of Tunisia would not "go quietly" into the dark night of a Sharia state.  We see the result in the streets of Tunis.  pl

This entry was posted in Tunisia. Bookmark the permalink.