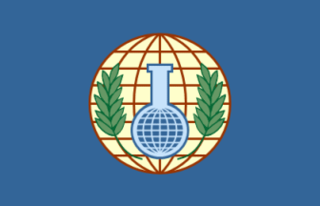 "… a spokesman for the Organization for the Prohibition of Chemical Weapons (OPCW), which is responsible for policing the treaty outlawing chemical arms, said Syria's submission was an "initial declaration".
Mr Luhan said it was now being examined by the organisation's technical secretariat but he declined to say what was in it.
A UN diplomat confirmed to Reuters that details had been submitted, adding: "It's quite long… and being translated.""  BBC

John Kerry says that the Syria crisis is "not a game."  No?  If so, then why is it that the US wants future assertions of Syrian non-compliance to be adjudicated in the OPCW outside the Security Council where Russia has a veto?  pl

This entry was posted in Current Affairs, Syria. Bookmark the permalink.