SIGINT is good, and necessary. 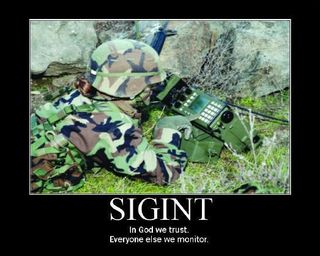 "It's not enough for the leaders of Germany and France. Both countries want a halt to eavesdropping on leaders, companies and law-abiding citizens after allegations the National Security Agency gathered tens of thousands of French phone records and hacked German Chancellor Angela Merkel's cell phone.
The German leader said trust has been severely shaken and something had to change. The spying revelations come from leaks by former NSA contractor Edward Snowden – reports that the U.S. had spied on 35 world leaders. Brazil's president canceled a state dinner after learning she was a target. Spain's prime minister says he'll summon the U.S. ambassador."  CBS News

The issues of US domestic SIGINT collection and SIGINT employment overseas shoud be considered separately.

Domestic SIGINT is essentially a police matter involving the civil rights of Americans.

Overseas SIGINT and other forms of information collection are necessary instruments of  foreign affairs.  Countries do not have friends.  They have interests and those interests are seldom perfectly aligned.  To think that any country can abstain from seeking to know what other "players" will attempt or seek to attempt and with whom is a childish fantasy.

US SIGINT "broke" the Japanese diplomatic ciphers before Pearl Harbor.  The two countries were at peace.  Was it a moral or ethical lapse for the US to have done that?  I think not.  It was merely prudent.

Why spy on "partners," "friends," or "allies?" That is easy to answer.  Countries and individuals are somewhat unpredictable in their behavior.  International relations are not a game.  World politics is a deadly serious business involvng the welfare and safety of hundreds of millions.  Any informational advantage must be sought. To know in advance the positions of interlocutors in any diplomatic or military process is a great advantage.  This advantage must be sought.

If Angela Merkel did not know the US or anyone else might be listening to her cell phone then she is not a competent head of government for Germany.

The complaining European politicians have benefited greatly from similar activities of the United States.  They know that.  If they want agreements similar to those between the US and the Anglophone partners, fine agree to whatever they want.  Tell them whatever they want to hear.  pl

47 Responses to SIGINT is good, and necessary.