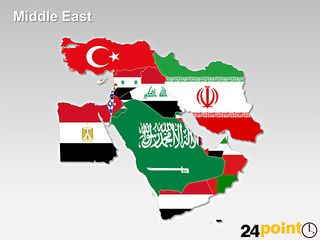 "It should be no secret by now that much of the U.S. intelligence community is troubled by the quality of the information being used to justify a new war in the Middle East. It should also surprise no one to learn that former and current intelligence officers network and share information. For what it’s worth, one circle that I connect with has been buzzing over the past week with a discussion of the intelligence produced by the administration to justify war. A preponderance of roughly ten to one of our correspondents believe that the administration’s case for military intervention is greatly flawed, judging by the intelligence that has so far been revealed to justify an attack. The several dissenters from that view agree that the administration argument as expressed in its brief “Government Assessment” is lacking in corroborative detail and is a poorly written political document that pretends to be an intelligence assessment. But they are not yet at the point where they can support any single one of the alternative explanations for what took place in Syria three weeks ago and are willing to give the White House the benefit of the doubt. Which is not intended to suggest that anyone thinks that attacking Syria is desirable, either from a political, military, or practical point of view.
"  The American Conservative/ Giraldi

"September 8, 2013
As reported in the Mint Press News on August 29, 2013, the Jabhut al-Nusar militia, an al-Qaeda affiliated militia headquartered in Iraq, transported and released the Sarin gas used in the Ghouta gas attack. Mint Press reporter Yahya Ababneh was on the ground in Ghouta and spoke with members of the Jabhut al-Nusar militia and other rebels and their families who were directly affected by the gas. It was they who told him that the sarin gas had been provided by Saudi Prince Bandar bin Sultan. The gas was alleged to have been formulated in a former Iraqi chemical weapons factory.
The sarin gas was purportedly released by untrained members of the Jabhut al-Nusar militia in the town of Ghouta Sham. This allegation has been substantiated by Doctors without Borders who treated the injured survivors, including injured Jabhut militia members who complained that they had not been properly trained in the use of the gas weapons they had transported into Syria from Iraq. The Jabhut al-Nusar is reputed to be uncooperative and to maintain little communications with the other Syrian militias fighting against the Assad regime."  Examiner.com

"The priest, Father Yoannis, moved behind a wall in the charred skeleton of an ancient monastery to describe how it was torched by Islamists and then looted when they took over Dalga, in southern Egypt, after the ouster of the country’s president, Mohamed Morsi, on July 3.
“The fire in the monastery burned intermittently for three days,” Father Yoannis said. “The looting continued for a week. At the end, not a wire or an electric switch is left.”
NY Times