Gas missiles ‘were not sold to Syria’ – Fiske 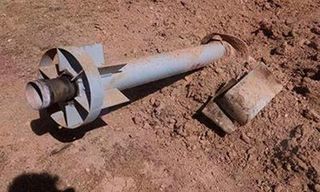 "Russia's new "evidence" about the attack includes the dates of export of the specific rockets used and – more importantly – the countries to which they were originally sold. They were apparently manufactured in the Soviet Union in 1967 and sold by Moscow to three Arab countries, Yemen, Egypt and Colonel Muammar Gaddafi's Libya. These details cannot be verified in documents, and Vladimir Putin has not revealed the reasons why he told Barack Obama that he knows Assad's army did not fire the sarin missiles; but if the information is correct – and it is believed to have come from Moscow – Russia did not sell this particular batch of chemical munitions to Syria.
"  Fiske

"Saudi Arabia miscalculated the ease with which US-led Western powers could quickly organize a military strike on Syria following the now-confirmed chemical attack of Aug. 21. The push for a quick strike stumbled in Washington, London and Paris, giving way to high-level diplomacy between the United States and Russia and disappointment in Saudi Arabia. The US-Russian framework for the elimination of Syria's chemical arsenal appears to be a deviation from Riyadh’s immediate objectives. By focusing on the sole objective of removing the Bashar al-Assad regime from power, the Saudi leadership may have overlooked that despite having important resources and weight, regional powers like itself can today be constrained by the changing international environment.
Madawi-al Rasheed for Al-Monitor

Artillery rockets are not "chemical munitions."  They can be a delivery system for high explosives, smoke or chemical munitions.  Nevertheless, this information if true is significant.  Syria has had a long standing and deep relationship of military supply with first the USSR and now Russia.  Low tech supplies like artillery rockets would have been bought (on credit usually) by the Syrian government from the manufacturer not from a third party like Libya.

There has been a persistant rumor that the Syrian jihadi rebels are being supplied from former Libyan government stocks using Gulf Arab Sunni money as the medium of exchange.

Will this give pause to the war enthusiasts in their drive to replace Assad's government?  I doubt it.  It will simply be said that Russia lies.  pl

This entry was posted in Saudi Arabia, Syria. Bookmark the permalink.

38 Responses to Gas missiles ‘were not sold to Syria’ – Fiske