Are Israel and the US edging closer to a divorce? 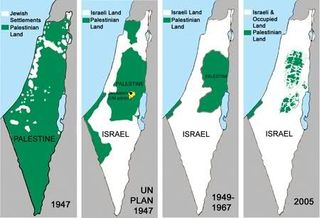 “He was trying to threaten us with a third intifada and I know that the intifada is already here – and it’s here because of him and the terrorists he set free,” she said.
“It’s a shame that the secretary of state of the United States is on the side of the terrorists,” Struk added.
Meanwhile, Jeff Daube, director of the Israel office of the Zionist Organization of America, condemned Kerry’s rhetoric on behalf of his agency.
“As far as the ZOA is concerned we wonder why Kerry is not mentioning any of the acts of Palestinian terrorism in general, and this one in particular,” he said. “He will be responsible, as far as we’re concerned, for any uptick in violence.”
Daube went on to caution Kerry of the powerful consequences of his words.
“I’m hoping the secretary of state will give more thought to his comments in the future because this could have deadly consequences,” he added.
The demonstration’s organizer, Elie Pieprz, director of external affairs of the YESHA Council, said Kerry is responsible for Friday’s firebombing, adding that he should be disqualified from his role as peace broker for his “reckless behavior.”
“Thursday Kerry makes a statement how Judea and Samaria are illegitimate, that there will be a third intifada and the next day there was a firebombing there,” he said. “A plus B equals C.”
Pieprz noted that because the peace talks are intended to address Judea and Samaria’s status, by deeming the territories “illegitimate” Kerry should be disqualified from his role.
“We need to understand that what Kerry said on Thursday should disqualify him as a mediator for the peace process,” he said."  jpost

Natanyahu seems frustrated to find that the Americans are harder to push than he famously once said.  His Saudi crypto-allies  appear to feel the same way.

"… what Kerry said on Thursday should disqualify him as a mediator for the peace process,” he said."

Interesting.  These same Zionist types did not seem to mind at all when the openly Zionist Dennis Ross served their interest in his belief that the Israelis are "his people."

Natanyahu and his various allies in the US media (Andrea Mitchell, Chuck Todd, Ricard Engel, etc.) are busy encouraging congressional resistance to US foreign policy with regard to Iran, Syria and Palestine.

The basic problem for the Israelis is the present unwillingness of most Ameicans to sacrifice their own interests for those of Israel.  This, of course does not apply to Israel's bought and paid for agents among the members of the Senate and House of Representatives.  Nothing could ever be too much for them.

Israel's trip to the "hurt locker" is approaching.  pl

This entry was posted in Israel, Palestine. Bookmark the permalink.

29 Responses to Are Israel and the US edging closer to a divorce?