I’ll Believe it when I see a SOFA. 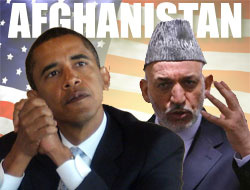 "The Afghans have agreed to continue to allow the United States to maintain legal jurisdiction over its troops in Afghanistan, a requirement the Pentagon said was not negotiable.
Disagreement over a similar provision ended up scuttling plans for a residual force in Iraq after the end of the combat mission there in 2011. Without such a provision, U.S. forces could be tried by local courts.
The agreement needs final approval from Afghan President Hamid Karzai, who has frequently frustrated the United States in negotiations."  USAToday

"A monthslong effort by the United States and Afghanistan to hammer out a long-term security arrangement has so far achieved one obvious result — each side has established clear red lines.
Read between those lines, however, and there appears to be enough common ground for each side to get what they want.
Going by the positions publicly taken by the two sides, they are at polar opposites on the terms of a continued U.S. troop presence in Afghanistan after 2014.
Afghan officials have said that if U.S. troops are to remain, they must answer to Afghan law. Upping the ante, officials as high up as the Afghan president have called for U.S. troops to pick up and leave entirely.
U.S. officials, eyeing the end of the current campaign in 2014, have made clear that they want a Status Of Forces Agreement (SOFA) in place to protect U.S. troops from prosecution in Afghanistan. With no SOFA agreement, according to the message being sent from Washington, the "zero option" of leaving no troops behind is a very real possibility." Radio Free Europe

Only one of these reports can be true.  pl

22 Responses to I’ll Believe it when I see a SOFA.