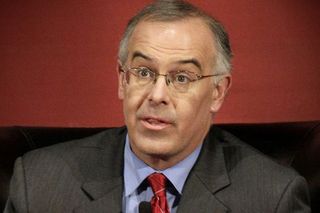 "A military composed of warrior-professionals suits the agenda of hawkish conservatives at least as well as hawkish liberals. For those who dream of liberating the oppressed abroad and reversing the corrupting tide of liberalism at home here is an instrument ideally suited to making those dreams come true. Not persuaded? Consider the views of the noted conservative commentator and New York Times columnist David Brooks."  Bacevich

Colonel Bacevich has a profound and steady view of people like Brooks.  pl

This entry was posted in Media. Bookmark the permalink.

37 Responses to Bacevich on Brooks