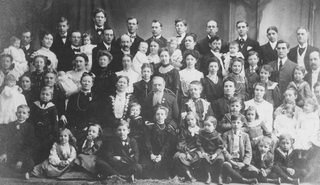 "After learning of the ruling Saturday afternoon, Marvin Wyler exclaimed "hallelujah" and said polygamy never should have been criminalized in the first place. Wyler — who left The Fundamentalist Church of Jesus Christ of Latter-Day Saints more than a decade ago but continues to believe in polygamy — said that in the past polygamists feared legal repercussions for their criminalized lifestyle. The ruling lifts that threat — which surprised Charlette Wyler, a wife of Marvin’s."

Well, well,  I went to grad School in Salt Lake and always have thought that Mormons are among the most civic minded and  decent people I have ever met.  Their theology is bizarre but, then, what theology is not weird?

The Utah Territory outlawed polygamy as a condition for admission to the Union as a state.  I have always though that was a senseless intrusion into what should be private family business.

My Fearless Forecast is that there will not be a an appeal by Utah against this decision and what will follow is an elimination of laws against polygamy.  this wil affect Mormons and Muslims across the country.  pl