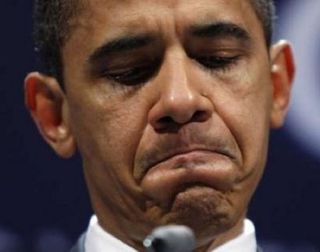 "U.S. President Barack Obama, who arrived in Northern Ireland on Monday, and Russian President Vladimir Putin are expected to hold bilateral talks during the summit, where they will also discuss their opposing views on the situation in Syria. On the even of the summit, Putin accused British Prime Minister David Cameron of betraying humanitarian values by supporting Syrian rebels with "blood on their hands."
Russia and the West have long been at odds over Syria. As the violence continues to escalate in the region President Putin expressed anger at the U.S. commitment to supply small arms and ammunition to rebels as a result of the U.S. saying there was proof Bashar Assad's regime had used small amounts of chemical weapons.
Meanwhile, Russia has been providing arms and diplomatic support to the Assad regime, an action Russian President Vladimir Putin defended at a press conference with British Prime Minister David Cameron in London on Sunday. Putin described Assad's government as "the legitimate government of Syria in full conformity with the norms of international law.""  USA Today

Barack Obama is about to have his "butt kicked" by the Russians over Syria.  This will be the latest in a long series of defeats for him in his second term, not to mention the unceremonious way the US was disinvited from a continuing presence in Iraq and the massive and thinly disguised failure of his COIN strategic decision in Afghanistan.  These were in his first term.

Putin made it clear yesterday to our British lapdog, David Cameron, that he considers Assad's government to be the legitimate government of Syria and that there will be no resolution emerging from the UN Security Council that threatens that status.  He also made it clear that the rebels (whoever they are) are responsible for many of the civilian casualies that have occurred in Syria.

Russia, Iran, Hizbullah and Syria are in the process of finishing off the "rebels."

Some people are saying that an unpopular minorities based government cannot hold Syria.  Really? His father did so for decades.

Putin said at Enniskillen today that Russia "will not allow" no-fly zones in Syria.  that's a real red line folks.

Humiliation over Syria will be one more phase in BHO's progress toward irrelevance.  pl