Will the US deliver weapons to the al-Nusra Front? 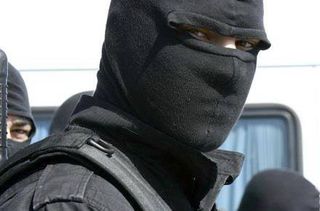 "American hopes of winning more influence over Syria’s fractious rebel movement faded Wednesday after 11 of the biggest armed factions repudiated the Western-backed opposition coalition and announced the formation of a new alliance dedicated to creating an Islamic state.
The al-Qaeda-affiliated Jabhat al-Nusra, designated a terrorist organization by the United States, is the lead signatory of the new group, which will further complicate fledgling U.S. efforts to provide lethal aid to “moderate” rebels fighting to topple Syrian President Bashar al-Assad.  The new alliance with an al-Qaeda affiliated group complicates U.S. plans to arm moderates.
Obama chides Russia for stance on Syria.
A top Russian diplomat … repeated skepticism about U.S. positions on the issue.
Other members of the new alliance include the Tawheed Brigade, the biggest Free Syrian Army unit in the northern city of Aleppo; Liwa al-Islam, the largest rebel group in the capital, Damascus; and Ahrar al-Sham, the most successful nationwide franchise of mostly Syrian Salafist fighters. Collectively, the new front, which does not yet have a formal name but has been dubbed by its members the “Islamist Alliance,” claims to represent 75 percent of the rebels fighting to topple Assad.
"  Washpost

Well, well, The cat is creeping into sight from the mouth of the bag.  Perhaps the Russians aren't so stupid after all.  pl

36 Responses to Will the US deliver weapons to the al-Nusra Front?