“U.S. intervention in Syria: War for virtue” by Henry Allen 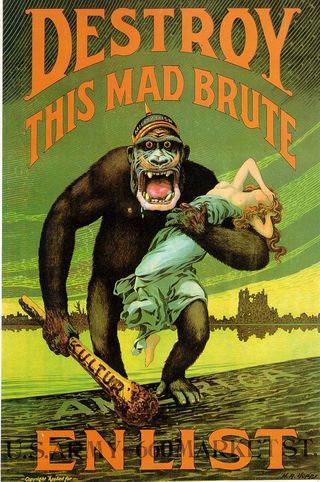 "As John Updike wrote: “America is beyond power, it acts as in a dream, as a face of God. Wherever America is, there is freedom, and wherever America is not, madness rules with chains, darkness strangles millions. Beneath her patient bombers, paradise is possible.”
The United States doesn’t fight for land, resources, hatred, revenge, tribute, religious conversion — the usual stuff. Along with the occasional barrel of oil, we fight for virtue.
Never mind that it doesn’t work out — the Gulf of Tonkin lies, Agent Orange, waterboarding, nonexistent weapons of mass destruction, the pointless horrors of Abu Ghraib, a fighter plane wiping out an Afghan wedding party, our explanation of civilian deaths as an abstraction: “collateral damage.”
Just so. We talk about our warmaking as if it were a therapeutic science — surgical strikes, precision bombing, graduated responses, a homeopathic treatment that uses war to cure us of war. “Like cures like,” as the homeopathic slogan has it; “the war to end all wars” as Woodrow Wilson is believed to have said of World War I. We send out our patient bombers in the manner of piling on blankets to break a child’s fever. We launch our missiles and say: “We’re doing it for your own good.”"  Henry Allen

I have long dealt with the minimally hidden messianism of the American tradition
and style.  A great many people do not accept or comprehend the extent to which this kind of "thinking' colors our decisions.  pl

This entry was posted in government, Syria. Bookmark the permalink.

57 Responses to “U.S. intervention in Syria: War for virtue” by Henry Allen