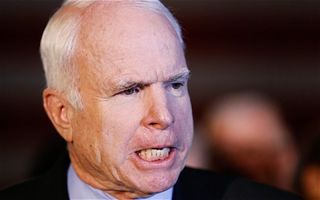 "In his first news conference since taking office, Iranian President Hassan Rouhani, the man known as the “diplomat sheik,” reiterated his willingness to participate in nuclear negotiations with the international community but stopped short of saying he would welcome direct talks with the United States.
“I as president say that the Islamic republic has a serious political intention to resolve the nuclear issue while maintaining our rights and trying to ease the concerns of all parties in the short term,” Rouhani said."  Washpost

"Chuck" Todd is one of MSNBC's stable of commentators.  This AM he went out of his way to denigrate the possibility that the new Iranian president might be willing to talk out differences with the US over Iran's nuclear program.  Ali Rouzi is MSNBC's Teheran bureau chief.  He patiently tried to explain to Todd that the quotes from Rouhani that Todd repeated were in fact misquotes and that Rouhani is a man who is careful in his speech but that simply annoyed Todd.  Todd is as neutral on ME affairs as Andrea Mitchell and IMO for the same reason.

It is the policy of the US to seek regime change in Iran.  IMO Rouhani's expressed willingness to settle the problem will be vetoed by Natanyahu and his friends in the US.  Natayahu wants the US to "neuter" Iran as a rival for power in the ME.  Personalities in Teheran are irrelevant to him.

If Obama and Kerry the peacemaker want peace with Iran let them send Graham and McCain to Teheran to talk to the new man.  pl

This entry was posted in Iran. Bookmark the permalink.