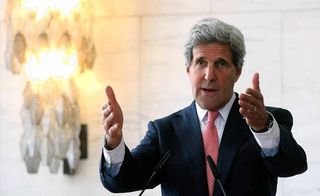 "“The military is not able to deal with the situation because of the crowd. Every person they try to get out, you’ll find 600 others trying to get to him,” said Mohamed Gadalla, a bystander.
Ali Ibrahim, a furniture maker from the neighborhood and part of the crowd trying to enter the mosque, said he had helped capture a man with “a big beard” and had “delivered” him into military custody. As he spoke, a crowd of young plainclothes men ran along one wall of the mosque, apparently looking for a way around the barricades.
Hani Nawara, a former assistant to the minister of health under Morsi, was one of the people who had taken refuge in the mosque overnight and managed to get out Saturday afternoon.
Soldiers escorted Nawara and another doctor out, he said. But the only reason they made it past the mob alive was because “we didn’t have beards,” Nawara said. Others were less lucky, he said, arrested promptly by the military, or worse."  Washpost

It is said here that we should not have confidence in Al-Ahram as a news source.  OK, how about the Washington Post?

There are now committees of ordinary people urging the security forces to action against the MB and its supporters.  pl