“… And nobody to use it.” Washpost 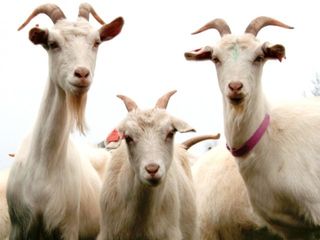 "The windowless, two-story structure, which is larger than a football field, was completed this year at a cost of $34 million. But the military has no plans to ever use it. Commanders in the area, who insisted three years ago that they did not need the building, now are in the process of withdrawing forces and see no reason to move into the new facility.
For many senior officers, the unused headquarters has come to symbolize the staggering cost of Pentagon mismanagement: As American troops pack up to return home, U.S.-funded contractors are placing the finishing touches on projects that are no longer required or pulling the plug after investing millions of dollars."  Washpost

Yup.  They are going to demolish it.  That's a shame.  It would make a great goat barn.  This folly and some of the others listed here are monuments to rigidity and a lack of realism in the military construction process.  This started in 2009?  Wasn't Stanley McChrystal up in Kabul then doing things like shutting down a Cappucino bar in his headquarters.  How did he and/or Petraeus miss this foolishness?  During the period in which this facility was constructed troops in field outposts were living in hovels like some of those I have seen pictured.

At the same time, someone made a lot of money on this and other foolish projects. The whole story of the Afghanistan War has been edited in such a way as to disguise the magnitude of the graft involved on the part of American and Afghan contracters.  This could only hqave happened with the connivance of people who were at or near the top in US Government.

Karzai knows how corrupt the contracting process has been.  That does not make US relations with him any easier. pl

This entry was posted in Afghanistan, government. Bookmark the permalink.

12 Responses to “… And nobody to use it.” Washpost