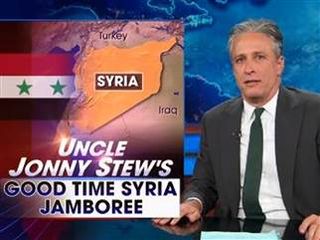 "The document, classified Secret/Noforn – “Not for foreign distribution” – came from the U.S. intelligence community’s National Ground Intelligence Center, or NGIC, and was made available to WND Tuesday.
It revealed that AQI had produced a “bench-scale” form of sarin in Iraq and then transferred it to Turkey.
A U.S. military source said there were a number of interrogations as well as some clan reports as part of what the document said were “50 general indicators to monitor progress and characterize the state of the ANF/AQI-associated Sarin chemical warfare agent developing effort.”
“This (document) depicts our assessment of the status of effort at its peak – primarily research and procurement activities – when disrupted in late May 2013 with the arrest of several key individuals in Iraq and Turkey,” the document said.
“Future reporting of indicators not previously observed would suggest that the effort continues to advance despite the arrests,” the NGIC document said.
The May 2013 seizure occurred when Turkish security forces discovered a two-kilogram cylinder with sarin gas while searching homes of Syrian militants from the al-Qaida-linked Jabhat al-Nusra Front following their initial detention."   WND

The administration's case against Syria over the 21st of August disaster is gradually disintegrating.  It will continue to do so.  pl