“Inside every —— there is an American trying to get out …” 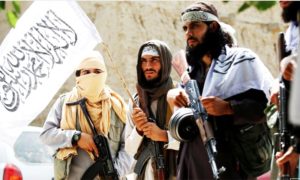 I wrote the other day about the responsible job that I thought Austin, Milley and McCkenzie did in their testimony before Congress.  I stand by that judgment but would like to expand my thought in that post.

Several times during the hearings the question arose of what went wrong, not in Biden misjudgments at the end, but rather in the overall conduct of the 20 year campaign.  Promises were made to do intense studies of the road to failure, and I am sure that the studies will be  made.  It is our way to study such things when they go wrong, but it is seldom true that the study produces valid answers, answers that are valid, accepted and/or implemented.  IMO this case will follow that pattern.

In the course of the two days of hearings the word “culture” was occasionally mentioned in passing.  The word was mentioned in what seemed to me to be a furtive, slightly embarrassed way.  This is typical of Americans, who are in my experience incapable of sustaining the notion in their collective minds that there are other world views that for other peoples are as valid and motivating as the “melting pot” hybrid that has emerged among us as something like a people.

I have dealt with that cultural blindness for all my rather lengthy life.  I have met it in both military and civil life.  I was a member of the executive board of a rather famous foundation that dealt with questions of war, peace, violence, that sort of thing.  Large amounts of money grants were bestowed on academics judged worthy.  After serving on this board for a number of years, it became clear that the professional staff who served the foundation were deeply opposed to grants that stressed study of “culture;” folkways, customs, group identity, etc., and most especially RELIGION as motivating the course of history.   No.  What was desired by the staff as members of the group-thinkery that is the academy were studies concerned with the “REAL” factors in any situation, in other words, the economic factors hidden beneath a smoke screen of all this “culture nonsense.”

With regard to the Taliban and other jihadi crazies, the question that the academy and its representatives want asked is ,”WHAT DO THEY REALLY WANT?”  Well, pilgrim turcopoles, that is the wrong question.  It leads nowhere but to defeat, defeat that will always be based on a misunderstanding of the “fish” and the sea in which they swim. Weber, Durkheim and their chums may have been great men, but their kind of thinking is a trap that leads to some poor fellows trying to ride the outside of a C-17 from Kabul to Doha.

The US Army is no better in its thinking in such matters.  The “mainstream” generals and their consultant civilians instinctively discount local “culture,” after giving it lip service and proceed to devise strategems designed to make the locals very like Europeans or the proverbial Iowans.

The US Army has almost accidentally produced a handful of people in; intelligence, Special Forces and in Area Studies specialization (FAO) who do understand what the locals are about and that they are really and actually different from us and do not want to be like us.  Wanting our standard of living is not the same as wanting to be like us.  The American soldiers who have achieved the knowledge of cultural difference are usually rewarded with suspicion and dismissal of their views,

What the “big brass” thinks is IMO reflective of the general attitude of the American people and for that reason the reaction to foreigners is unlikely to change.

Some years ago I was asked to speak at a university on the subject of the difficulties we were experiencing in far off and savage places.  I said a lot on the subject of “wog” reluctance to emerge into a “brave new world.”  At the luncheon thereafter the head of the Social Studies lash-up asked if I really believed that the majority of Pashtuns, Zulu, Apaches, etc. did not want to be like us.  When I replied that I did, he said that if he accepted that he would have to re-evaluate the value of our “culture.”

We should stay home and visit the far off and alien lands as tourists.  pl