Is Kamala Harris’ Campaign in a bit of Trouble? post by Fred

Will the latest from the Jussie Smollett scandal affect the Harris Campaign? Let me provide some background: It appears he was, however tangentially, associated with the recent Harris sponsored anti-lynching bill passing the Senate.

Are there so many lynchings in America it needs immediate action from the Senate? For some reference about lynching in the US here is a summary from the NAACP:

"From 1882-1968, 4,743 lynchings occurred in the United States."…. "Out of the 4,743 people lynched only 1,297 white people were lynched." …. "Most of the lynching in the West came from the lynching of either murders or cattle thief’s.  There really was no political link to the lynching of blacks in the South, and whites in the West"

Over four thousand dead, but "only 1,297 white people".  I would say those white folks are just as dead as all those black folks, but that is beside the point. Read the piece for background and you'll find the last lynching they reference specificly happened in 1918, over 100 years ago.  (see note 1 below) As a refresher,  the most famous lyncing of recent years was the "High Tech Lynching"

Now that one appears to be surpased by what should be an infamous  "lynching"  hate hoax.

Which brings me to ask why did Kamala Harris delete her tweet?  about this from a week ago?

.@JussieSmollett is one of the kindest, most gentle human beings I know. I’m praying for his quick recovery.
This was an attempted modern day lynching. No one should have to fear for their life because of their sexuality or color of their skin. We must confront this hate.

Here's some additonal background someone on reddit put out (use your own judgement of the reliability of the source and the information the source provides): 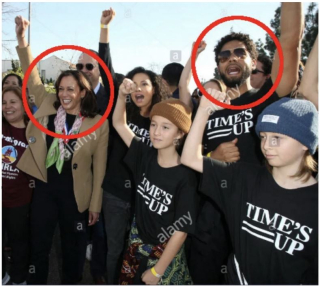 Smollett campaigns with Kamala Harris at a LGBT / "Time's up" event in Los Angeles on Jan 15, 2018. photo below from PBS: 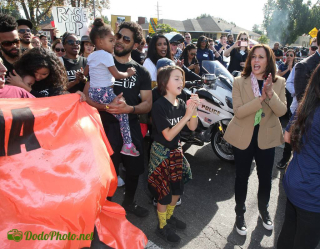 Nice "father and child" style photo. Guess someone took Michael Moore's advice and went to Hollywood to learn to tell a story. But what kind of story are they telling?

Let's ask an expert on telling a story: 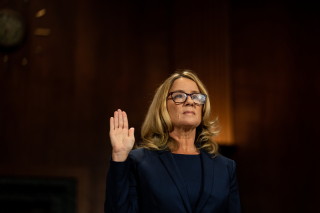 "Back in my day we had standards" You sure did.

I suspect Jussie will be calling soon for advice on go fund me pages. Seriously though,  as a long term commenter on the blog pointed out in the commentary about the Kavanaugh hearings, it was all just politics. Another blogger, though he can be a bit over the top,  might just have gotten the political usefulness of some hoaxes right, 15 years ago when he wrote: "Fake a race crime, get a pep rally." Why doesn't our press ask those type of questions? See note 2 below.

If this is the type of reasoned judgement we can expect from President Harris in circumstances like this just what type of judgement can we expect in foreign affairs? Let me have a famous democratic leader explain it.

Don't trouble yourself over Senator Harris' campaign. When it comes to rushing to judgement she has plenty of company. Including candidates Senator Booker, Sanders and VP Biden.

Senator Sanders, will you be offering an apology for all the people slandered by your outragous statement or does Elite White Privelege mean never appologizing?

And Senator Harris, thanks for the non-apology apology. I wonder how many votes you'll get with that.

Here's a lynching update from Chicago, a city that so far this has had 232 shootings (with 37 dead). But a non-fatal lynching in "MAGA country" now, that really needs to be investigated:

What was the quote frorm SouthFront about coverage of the staged chemical attacks in Syria our host cited yesterday:

"Just like with Hollywood movies, the mainstream news has increasingly been turning away from the logical narration of stories with realistic motivations to emotional judgements based on anonymous sources, non-verified images, pocket citizen journalists and even open speculation."

Welcome to the Presidential campaign of 2020.

1)- the NAACP article is the #1 item from BING when searching for "how many lynchings since 1965" and #2, behind wikipedia, on google.

2) The post's caption photo of Senator Harris was put out by Maeve Reston of your favorite president's favorite news organization: CNN

I know what you are thinking, its Saturday, isn't there some good news for the weekend? Yes, lets even get some from the alt-right sources. 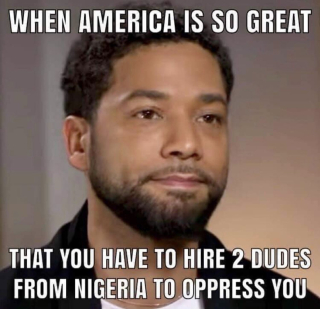 Ok, ok. How about something to balance that out?

I think Trevor Noah did a fine job with that.