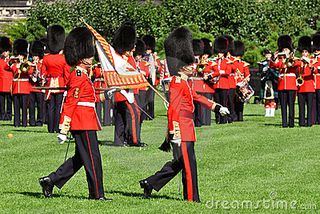 "… at a time of austerity, the British public's enduring attachment to its men and women in uniform still isn't enough to save the country's £34 billion ($52 billion) defense budget from bearing its share of severe government spending cuts. The latest plan, issued in June, targeted the reduction of full-time personnel from 102,000 to 82,000 by 2018.
"The reality is that we're spending less on defense because the public or political appetite to do otherwise is absent," says Timothy Edmunds, a professor at the University of Bristol who studies defense and security institutions in processes of political and organizational change.
"  CS Monitor

"… reduction of full-time personnel from 102,000 to 82,000 by 2018."   The force reduction goal will produce something that is not a serious armed force on the world scene.   This force will be so small that it is difficult to understand how the Brits will be able to maintain, "post, camp, and station" garrisons for necessary infrastructure.  Such facilities will require a lot of those personnel remaining..  Service schools for artillery, the engineers, the armored corps, etc. will be prohibitively expensive in manpower for such a small organization.  If the Scots leave the UK, this force will be even smaller.  The RAF and the navy will suffer similarly.

Canada long ago got rid of actual soldiers for ceremonies at the Houses of Parliament in Ottawa and at Fort Henry at Kingston, Ontario.  As replacements they have red coated actors who perform for the tourists in the summertime.  The picture above is of actors "changing the guard" in Ottawa.  They do a good job, but I do wish that their band would stop playing "Marching Through Georgia."

The Household Cavalry and the Brigade of Foot Guards are a big expense in the UK.

83 Responses to Is NATO still an effective military alliance?