IT IS NOT OVER IN EGYPT – Yusuf al-Misry 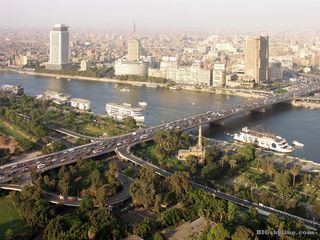 So
the storm is over in Egypt. Or is it?

I
will write to the friends in this blog in more detail shortly. But for the
time being I have this to say:

*
The main concern now should be how not to push the Islamic groups out of the
political process. The return of Jama’a Islamiah, the Jihad assisted by some of
the Salafi base and a part of the MB’s youth to terrorism (a la 90’s) will
bring serious consequences to the economy and stability of Egypt. It will also
pave the road to strengthening the security measures, resorting to extra
judicial practices and getting Egypt back to the pre 2011 uprising, therefore
pushing the country yet again in the same path that led to the uprising.

Every
possible effort should be done to keep these organizations within the political
process for enough time to sever their still fresh roots in violence. All sorts
of “revenge”, illegal prosecution and political witch hunt should cease.

*
The expected reaction of the Islamists to the coup that is not a coup which
took place will vary from trying to create a sectarian confrontation (as is
already happening in Asyiut and Al Menia) by attacking the available soft
target, that is Coptic Churchs and gathering places. This is the preferred
tactic to identify “us” and “them”. It will allow the fanatics to re-engage the
population and recreate a bond with the Muslems in these communities. It will
also shift the light from the real issue to an issue of choice the redraws the
ties and enemities.

*
It is assumed that a population hostile to the fanatics will deprive them of
the favorable environment that is necessary in waging a terrorist war against
authorities. Then is true but only for some time and in some places. In upper
Egypt for example, family and clan ties are too strong to be effected by
political hostility. Furthermore, if the economic situation does not improve
rapidly, the “popular environment” may turn to favoring actions against the
authorities.

*
It is indeed of great importance to retrain the Egyptian police and totally
dismantle its traditional school of brutality, torture and arrogance. This is
always important. But it is particularly important now. The population seems to
have forgiven the police because the police refused orders to confront the
protesters. True or false, it is positive provided that the police force do not
move rapidly to squander this hardly regained capital. Police brutality was one
important factor in getting communities in upper Egypt (traditionally a strong
hold for the Jama’a Islamiyeh)  to assist
terror activities in the past.

I
wanted to write in more specific terms about the mistakes of the US
administration since accepting the MBs argument that writing a consensus
constitution should precede the presidential elections (summer 2011) till the
count down to the 30th of June. Unfortunately I have to postpone
that for the time being due to time restrains. I just would like to say that
the pattern of mistakes as I will explain in another posting proves a lack of
strategy. Since Graham Fuller and the Algeria FIS story in the early 90’s the
question of relations with political Islam has been profoundly researched and
discussed in the US. It is striking that all these years of contacts,
observations, experiments, and manifestations of Islamic groups role in
political activities resulted in what we saw in the case of Egypt. The link
between all this great effort and accumulation of
knowledge in one hand and the current decision making process seems to be
non-existent.