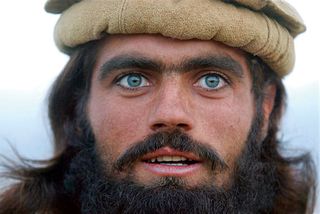 There is not a lot in the news these days about the NATO/US commitment to Afghanistan.  There is an approaching self-imposed BHO deadline for a decision on post 2014 US commitment in that distant "nation."  That date is the 16th of October.  The R2P ladies and gents and the neocons with their senate allies will press for a continuing project.  There are a number of problems that stand in the way of a 20,000 soldier presence after 2014.  That is the number talked about by the "American Grandeur" crowd as being what they desire.

-  So far as I know, the Afghans have not agreed to grant NATO forces legal personal immunity from Afghan law.  An inability to gain that would be an absolute game stopper as it was in Iraq.  the Afghans appear to be eager to assert the right to try American soldiers and subject them to various medieval punishments.  BHO knows that an attempt to make our people serve there in the absence of immunity would cause something akin to a rebellion in the US and its armed forces.

-  The Afghans want an absolute US guarantee of their "sovereign dignity" and borders against all comers.  That would include Palistan of course.  This concession would probably require the US to intervene in surrounding countries in defense of Afghan "sovereign dignity."

-  The Afghans want a multi-year guarantee of American funding.  It would seem that they have become accustomed to Uncle Sam's teat.

-  The problem of green on blue attacks has not gone away.  It is merely reduced by the expedient of reducing the exposure of NATO personnel to the Afghans.  I have advised quite a few foreign armies and would say that such a situation of hostility is not indicative of long term alliance or friendship

-  The American people are now hostile to the idea of such continuing foreign entanglements.  This showed clearly in the polling concerning possible military actionin Syria.  The BHO administration is now trying to represent the US/Russia deal as the product of brilliant diplomacy.  A lie.  Congress feared retribution from the American electorate if they gave Obama what he wanted.  As a result the votes were not there for approval and Obama decided to accept Russian mediation.  IMO the votes won't be achievable in Congress for any sort of long term commitment in Afghanistan.

The game is nearly done.  It will be a long time before there are more efforts to affect cultural transformation at the point of a gun.  pl

I thought it appropriate to re-publish this today,  It will, of course, be impossible to put the genie of the Zero Option back in the bottle now that it has been leaked to the world – probably by the WH