Russia’s GU’s Creation of a NATO Mole By Honey-trap/Blackmail Means. by J 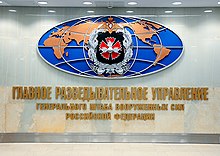 Russia's Main Intelligence Directorate of the General Staff of the Armed Forces, is today officially known by the acronym GU, and still many refer to it by it's former Soviet acronym, the GRU.  Russia's Military Intelligence.

This story deals with the creation of a NATO mole by the Russian GU through honeytrap/blackmail means.  It involves a former Estonian Soldier Deniss Metsavas, who while still single fell into a honey-trap/blackmail operation that Russia's Military Intelligence had set up to ensnare the Estonian Army artillery specialist.

This entry was posted in Intelligence, J, Russia. Bookmark the permalink.

7 Responses to Russia’s GU’s Creation of a NATO Mole By Honey-trap/Blackmail Means. by J