Posted on August 9, 2013 by Andrei Martyanov 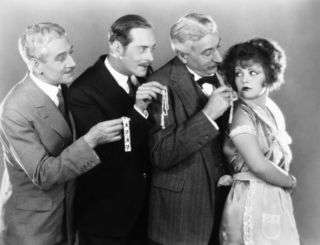 (Reuters) – Saudi Arabia has offered Russia economic incentives including a major arms deal and a pledge not to challenge Russian gas sales if Moscow scales back support for Syrian President Bashar al-Assad, Middle East sources and Western diplomats said on Wednesday. The proposed deal between two of the leading power brokers in Syria's devastating civil war was set out by Saudi intelligence chief Prince Bandar bin Sultan at a meeting with Russian President Vladimir Putin in Moscow last week, they said.

Russia has supported Assad with arms and diplomatic cover throughout the war and any change in Moscow's stance would remove a major obstacle to action on Syria by the United Nations Security Council.

Syrian opposition sources close to Saudi Arabia said Prince Bandar offered to buy up to $15 billion of Russian weapons as well as ensuring that Gulf gas would not threaten Russia's position as a main gas supplier to Europe. In return, Saudi Arabia wanted Moscow to ease its strong support of Assad and agree not to block any future Security Council Resolution on Syria, they said.

Well, you have to admire Prince Bandar's straightforwardness. No false platitudes about self-determination or freedom. Just a simple bribe attempt between nations… the bastards! Let's face it.  Saudi money is at the root of a great deal of the problems we face. A lot of dangerous Salafist movements would be nothing more than angry men in a mosque without Saudi money. I wouldn't be at all saddened by a massive hack of Saudi financial networks that reduces their spending cash. Don't collapse the economy, just take away their ability for discretionary spending. It could be the Iranians, Hezbollah, or even our CYBERCOM and NSA. Just do it and be quiet about it.

TTG
This entry was posted in Saudi Arabia, Syria, TTG. Bookmark the permalink.