What just happened in Paris? Observations and Questions, by Fred

School isn't going to be the same for these kids for some time to come. A few short months ago the Cathédrale Notre-Dame de Paris "caught fire" in what was immediately – like while the fire was still burning – labeled an industrial accident. Those premature pronouncements reminded me of nothing more than the ongoing "Russia" did it pronouncements here in the US.

No Smoking – you can't smoke in a restaurant but behind a closed door on a jobsite is apparently ok. 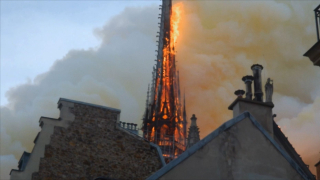 Yesterday five individuals were attacked with a ceramic knife that was smuggled through the security screening at the Préfecture de police de Paris Headquarters building. Four are dead and one critically injured. That did not strike me as an act of rage over a management dispute but rather as a premeditated act of murder. Is it terrorism? 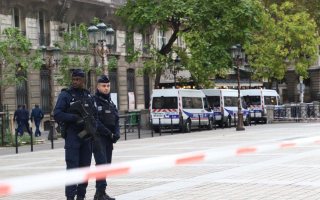 Quoting from leParisien. (The original is in French, this is the basic translation per google.)

"Everyone is surprised, confides a public servant of the PP who crossed the author of the slaughter a few minutes before the blow of madness of Mickaël H. It is a man without history, it was never violent. "

Yes, everyone is always surprised. You shouldn't be. Did anyone notice any behavioral change beyond that which might be expected by getting married?  How many terrorist acts have occurred in France in recent years? Where did the people this individual murdered work?  The answer to that last question is from the same article:

"The assailant neutralized. Mickaël H., shot in the prefecture court, was an administrative agent of the intelligence department of the Prefecture of Police…"

"… the 45-year-old was employed as a specialist in computer maintenance at the highly sensitive Intelligence Directorate of the Paris Police Headquarters (DRPP), which specializes in the fight against terrorism. He had entered in 2003."  ….. "

"He was very closed, like a geek can be, says a colleague of Mickaël H. …"

I read this earlier in the day. The initial thought that came to mind was the killing of British police intelligence offices in Ireland by the IRA a hundred years ago. Then more recent events in Afghanistan came to mind. The CIA chief of base at Camp Chapman who new that her contact was never violent and well vetted. That didn't keep him from killing her and her entire team.

Just what were the three dead DRPP officers and thier assistant in Paris working on?

Another example pre-dating that attack in Afghanistan was the attack at Fort Hood that left 13 dead and 30 injured. There were many signs that Major Nidal Hassan was going to be violent, but of course all the professionals working with him knew they could not violate the rules of political correctness and point out the risks to anyone. Thirteen dead and more than a decade later PC culture is still alive and kicking her in the USA, how is it in France?

At this point I have a number of questions, few answers, but to me this event sure stinks to high heaven.

What is the possibility this is an act of terrorism and this individual an ISIS plant (or convert)? What is the probability that if that is true a great deal of information held by the DRPP is compromised? I'm sure that with a couple of decades of experience working in IT this man has to be at least as capable as Bradley Manning or Reality Winner or the congressional IT team lead by Imran Awan.

Like I said, lots of questions and not too many answers. What do those with more experience in police and intellegence work think?

27 Responses to What just happened in Paris? Observations and Questions, by Fred