Solon on Justice for Land and Suffering Citizens 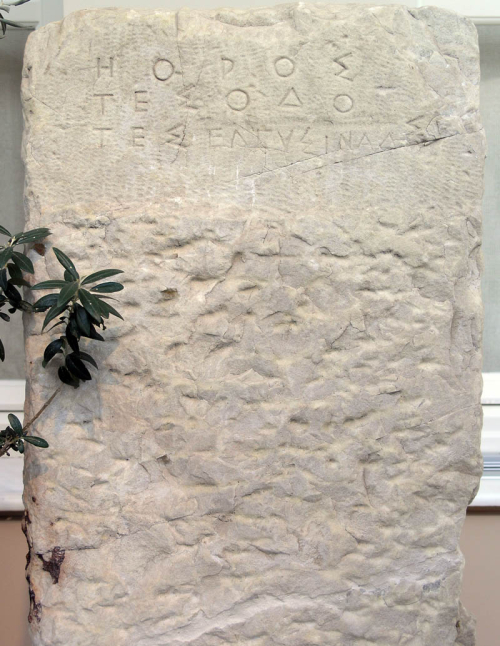 Note:  The "boundary markers" refer to mortgaged land and thus mark impious slavery rather than free divine land. The poem is in trimeter meter rather than elegiac couplets.

Before achieving the goals that I assembled

The Athenian people, why then did I stop?

I have the best witness in the court of time

The mighty mother of the Olympian gods,

Fixed in many places I once removed;

Enslaved before this, now she is free.

And many to Athens, their god-built homeland,

I brought back, some who’d been sold, one justly

Another unjustly, and those under the constraint

Of necessity, no longer the Attic tongue

Speaking, from wandering far and wide;

And those right here, who a shameful slavery

Suffer, quaking before the whims of masters,

I set free. These things by my power,

Fitting closely together strength and justice,

I accomplished, and prevailed as promised;

I wrote laws equal to the lower and upper

Had another man taken up the goad as I did,

A thoughtless and greedy individual,

He wouldn’t have restrained the people;

For if I’d wanted then to please their opponents,

And in turn what the others planned for them,

This city had been bereaved of many men.

Because of this, setting up defense on all sides,

I turned around at bay like a wolf in a dog pack.

This entry was posted in Poetry, Willett. Bookmark the permalink.

1 Response to Solon on Justice for Land and Suffering Citizens