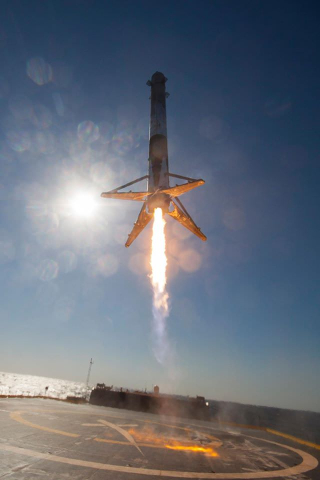 Like some SST correspondents, I grew up in the frenzy of the 50s cold war. Missile Gaps. Sergei Korolev dueling with Werner Von Braun. Secret Russian super-rockets were hurling dogs, sputniks, Yuri Gagarin and Valentina Tereshkova into orbit. US rockets were failing in many interesting and explosive ways.

I think we all eventually learned that failures were to be expected and are now understood to be part of the price to pay for cutting edge technological advance. My dad taught me a valuable lesson in the evolutionary process of engineering when I gave him a VIP tour of the External Fuel Tank assembly facility, through the mighty machines we used. He commented that they were like the machines he had worked on while making missiles in the mid -fifties but grown very much larger. When I mentioned that to my engineer friends they all smiled and proceeded to tell takes of how that was true in so many ways.

I read a lot of science fiction when younger. I remember being impressed that private industry was expected by many authors to make use of space and be the routine way to get into space. In 2001: A Space Odyssey, you took Pan Am to orbit. When I worked on the Shuttle program that all looked like science fiction. The Air Force and Navy were much larger drivers of space usage than many remember and, while Ariane Space was getting stood up in 1980, there was a time that any US civilian satellites were launched by NASA. NASA even got Congress to mandate that military satellites would be launched on the Shuttle.

The USAF was wroth with space anger about that. I mean seriously wrothed off. Trying to manage their wroth, they concocted a security program for we Shuttle contractors. I attended a meeting where they proposed to take our location, the legendary Michoud Assembly Facility, and ring it with armed guards. People on the NASA and Martin Marietta side of the table were speechless and just about cross-eyed. Regrettably, in 1986, losing Challenger and two other consecutive failures (Delta II and a big Titan 34D) brought that to an end.

All these years forward, after investments to stand up commercial supply flights to the ISS and much other history, Space X launches 60 coffee table sized satellites using a newly fabricated second stage and a reusable first stage booster making its third trip. They have become a completely disruptive force in the space launch industry. I am in awe of their engineering and program management prowess. The images of the first Falcon Heavy side boosters landing back at the Cape was one of the greatest moments in our country’s history. It was pure magic.

Space X is riding on the creative frenzy of an entrepreneur like perhaps no other, the inimitable Elon Musk. Who else could launch a personal EV roadster into solar orbit? And, in the background, tick off a bunch of NASA and Air Force requirements for second stage maneuverability and space suit qualifications while entertaining us in a grand way. Who else could help invent PayPal, seriously disrupt the automotive industry, get in trouble with the SEC, smoke weed in public, make flamethrowers, create a tunnel boring company, sue the government over a contract award (and win) and the list is still growing larger. He appears to be unquenchable! Yes he is maddening  with his drama and overpromises. He is wildly optimistic about things like launch dates. His companies and products are not perfect. And yet he convinces people to invest in his dreams, over and over again. And convinces hordes of talented folks to work with him as well. He is the master disruptor and a modern day Merlin.

As proposed, Starlink is breathtaking and fully disruptive.

From Wikipedia: SpaceX has plans to deploy nearly 12,000 satellites in three orbital shells by the mid-2020s: initially placing approximately 1600 in a 550-kilometer (340 mi)-altitude shell, subsequently placing ~2800 Ku-and Ka-band spectrum satellites at 1,150 km (710 mi) and ~7500 V-band sats at 340 km (210 mi). The total cost of the decade-long project to design, build and deploy such a network is estimated at nearly US$10 billion. It is intended to be a low latency internet service provider. That would be a game changer for internet service. Again, just fully disruptive. I have linked to a YouTube video that catches all of that.

In the attached Wikipedia entries, the future projected annual income from SpaceX is approximately $10 Billion USD from launch services and $30 Billion USD from Starlink. Starlink will fund Musk's ambitions for Mars exploration and settlement.

Suddenly the effort to make the Block 5 Falcon first stages reusable up to 100 times makes a lot of sense. It will take some 200 launches to complete this constellation. And they still have to make the business model work. It would seem Musk has bet the company that he will succeed where the initial Iridium failed. I wish Merlin and his friends all the luck there is in their quest!