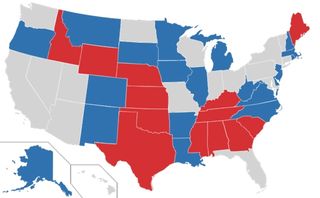 Well, its time to piss some more people off.  I listened to all the usual hot air today.  This was dominated by intra-Black verbal wars over the extent of the unforgivable nature of White guilt, not Zimmerman's supposed guilt, but White guilt.

My favorite was a program hosted by a bautiful cafe au lait woman professor from Princeton.  She is committed to the "Tawana" Al Sharpton view of history and likes to talk endlessy of "oppression" whether it be actual oppression or notional oppression.  She looks to me to be about 1/8th Black but somehow never speaks of her White ancestors as opposed to Professor Skip Gates who glories in his mixed ancestry.

On FNS, a somewhat Black congresswoman who is usually a pillar of rationality flew into a rage aginst a Black neurosurgeon interviewed at his Sun Valley vacation home.  He had the temerity to opine that "if you think people love you then all they do is seen as loving, but if you think they hate you, all they do is seen as hateful."  "Why don't we stop yelling  at each other?" he asked.  This pissed the congresswoman off so much that she started yelling, interrupting him and telling him that he was a "child of privilege" even though he assured her that he was raised in an inner city environment.  She forgot the phrase "Uncle Tom."

And then there was the president's speech on Friday.  I am convinced that most Americans do not mind having a president who happens to be Black.  I do not.  I voted for this one twice faute de mieux.  I would have prefered to vote Republican but…  Unfortunately for race relations "progress," Obama spoke on Friday as a spokesman for African Americans even though he has not a drop of African American blood in him.  I do not think most Americans want a spokesman for Black America as president.  They want someone they can identify with and Obama on Friday was not that.

IMO the Democrats will suffer from a backlash against all this in 2014.  pl