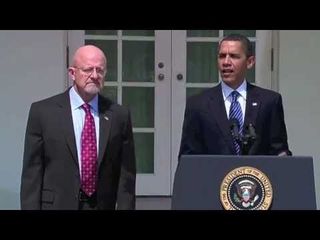 "We regret to inform you that some of our former co-workers are telling us, categorically, that contrary to the claims of your administration, the most reliable intelligence shows that Bashar al-Assad was NOT responsible for the chemical incident that killed and injured Syrian civilians on August 21, and that British intelligence officials also know this. In writing this brief report, we choose to assume that you have not been fully informed because your advisers decided to afford you the opportunity for what is commonly known as “plausible denial.”
We have been down this road before – with President George W. Bush, to whom we addressed our first VIPS memorandumimmediately after Colin Powell’s Feb. 5, 2003 U.N. speech, in which he peddled fraudulent “intelligence” to support attacking Iraq. Then, also, we chose to give President Bush the benefit of the doubt, thinking he was being misled – or, at the least, very poorly advised.
Secretary of State John Kerry departs for a Sept. 6 trip to Europe where he plans to meet with officials to discuss the Syrian crisis and other issues. (State Department photo)
The fraudulent nature of Powell’s speech was a no-brainer. And so, that very afternoon we strongly urged your predecessor to “widen the discussion beyond … the circle of those advisers clearly bent on a war for which we see no compelling reason and from which we believe the unintended consequences are likely to be catastrophic.” We offer you the same advice today…"  VIPS

I am a co-drafter and signer of this appeal.  pl

This entry was posted in government, Intelligence, Syria. Bookmark the permalink.

70 Responses to VIPS Warning to POTUS on Syria intelligence