If you ever needed a reminder of what a disgrace George W Bush was as President then thank Laura Bush, his airhead of a wife, for providing the exclamation point about being clueless. But wait. She was not alone. Joining her as a certified cretin was former NSA Chief and CIA Director Michael Hayden. And the issue? Separating illegal immigrant children from their law breaking parents.

Here is a snippet from the ignorant op-ed put out by Laura Bush:

Our government should not be in the business of warehousing children in converted box stores or making plans to place them in tent cities in the desert outside of El Paso. These images are eerily reminiscent of the Japanese American internment camps of World War II, now considered to have been one of the most shameful episodes in U.S. history. We also know that this treatment inflicts trauma; interned Japanese have been two times as likely to suffer cardiovascular disease or die prematurely than those who were not interned.

What? Comparing illegal immigrants who are being treated in accordance with the law to Japanese American citizens who were deprived illegally of their constitutional rights. Are you kidding me? Is Laura Bush really this stupid and uninformed? Perhaps. What is certain is that she is a demagogue who does not give a rat's ass about the children. It was her own dolt of a  husband that signed the law into effect that President Trump is enforcing. If it is so heartless and so wrong then maybe she should take a baseball bat into her bedroom and give George W a good whack upside the head.

We can excuse Laura for not being terribly smart about such things. But what excuse does Michael Hayden have? He tweeted out the following:

Other governments have separated mothers and children 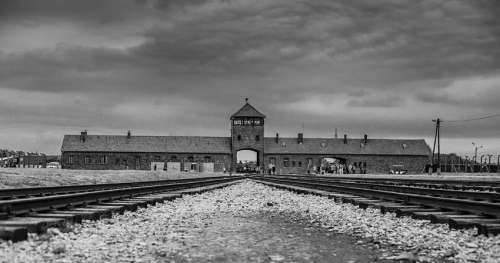 Ah yes. Hayden wants us to believe that illegal immigrants choosing to flee a Central American shithole country, by-pass  asylum in Mexico and seek instead to sneak into the United States are modern versions of Polish Jews who were forcibly locked up in ghettos and forced onto trains and then hauled off at gunpoint to an extermination camp where most women and kids were gassed. Excuse my crudity, but is Hayden retarded? I mean it. Does he have a medical disorder that has scrambled his brains. In raising this specter he is displaying a gross, almost criminal, ignorance of the Holocaust and then compounding the error by totally misrepresenting what the actual law is and how that is being enforced. He is another legacy of George W. Bush, who appointed this buffoon to the CIA and the NSA. No wonder we had intelligence failures with this kind of astonishing imbecility on display.

Compare this retarded behavior with the intelligence of Trump's DHS Secretary, Kirstjen M. Nielsen. Ms. Nielsen was on air several times today laying out the reality of what is going on:

Homeland Security Secretary Kirstjen Nielsen insisted Monday that President Trump's administration does not have a specific family separation policy, but separations do happen as a result of enforcing immigration laws riddled with "loopholes."

"Congress needs to fix it," Nielsen told reporters during a specially arranged briefing at the White House. "It's a problem; let's fix it."

Current federal law doesn't allow the government to hold entire families together, she said, though lawmakers in both parties said enforcement is at the administration's discretion.

(If anyone has a link to Kirstjen's transcript from the White House press conference today, she was magnificent.) The stridency and hysteria from the Deep State is growing with each passing day. Meanwhile, Trump's approval rating among the American public continues to soar. Laura Bush and Michael Hayden should take a deep breath, pick up some good history books and do some reading. Their idiotic statements on an important policy issue like immigration left me quivering in anger at their despicable accusations. Instead of actually trying to explain a complex policy to the America people they each, for whatever reason, have chosen to lie, obfuscate and propagandize. Shame on them.

This entry was posted in As The Borg Turns. Bookmark the permalink.