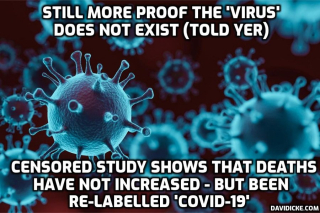 One of our correspondents was kind enough to send me what he says is an unmodified video of Professor Briard's presentation on COVID-19 deaths.  pl

This entry was posted in Health Care. Bookmark the permalink.