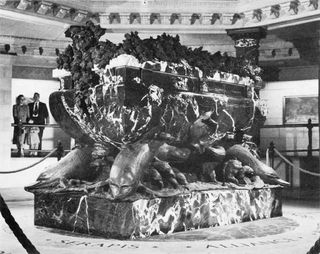 Qualifications of a Naval Officer

It is by no means enough that an officer of the Navy should be a capable mariner. He must be that, of course, but also a great deal more. He should be as well a gentleman of liberal education, refined manners, punctilious courtesy, and the nicest sense of personal honor.

He should be the soul of tact, patience, justice, firmness, kindness, and charity. No meritorious act of a subordinate should escape his attention or be left to pass without its reward, even if the reward is only a word of approval. Conversely, he should not be blind to a single fault in any subordinate, though at the same time, he should be quick and unfailing to distinguish error from malice, thoughtfulness from incompetency, and well meant shortcomings from heedless or stupid.

In one word, every commander should keep constantly before him the great truth, that to be well obeyed, he must be perfectly esteemed.

Every midshipman at the U.S. Naval Academy knows these words. Obviously not every Naval officer lives up to them. That doesn't diminish their importance. Why do I post this now? Simple… I invite all members of this committee of correspondence to strive to live by these words, especially those I put in bold, in our conversations with each other at SST.

I have noticed a few more rudely argumentative conversations on SST lately. I'm all for lively discussion, witty comebacks and even occasional ribald humor, but we can easily forget that we are, in effect, sitting in Colonel Lang's living room when we do this. Being rude or smart assed to the host or other guests should be seen as an unthinkable breach of etiquette and a smear on our personal honor.

76 Responses to The Nicest Sense of Personal Honor – TTG