A Field of Dreams or Nightmares? 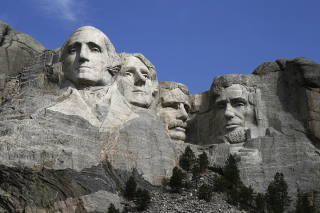 Rasmussen polling indicates that Trump's general approval rate for job performance is around 50%.  The Left doesn't like Rasmussen because it doesn't like their outcomes.  At the same time CNN's polling indicates that its latest poll has Trump's performance on the economy approved by 56%.  The latest economic data show that that the US economy added 263K non government jobs in April with an unemployment rate of 3.6%.  All the rest of the statistics are pretty much straight up.  This should mean an easy re-election for Trump but his personality is a major obstacle to that.  He offends women easily as a frightening presence on the TeeVee.  The Democrats are doing their best to denigrate the strength of the US economy, harping on things imperfect in the world of Trump but it is a lame effort.  People don't all make the same amount of money?  Really?

Most of the field of declared Democratic aspirants for Trump's job have skated far to the Left in an effort to out-Marxist each other  Their proposals include every far left professorial fantasy known to man.

Bernie Sanders is at the head of that list, somewhat embarrassed by his 25 year old honeymoon trip to the USSR.  Did he actually sing the Internationale while a bit tipsy on vodka?  And then there is the matter of his millionaire status and numerous properties.  They do make him look a bit like a member of the rentier class.  But, as he says, who can really begrudge him his hard earned wealth?  This grandpa looks a bit goofy these days.

And then there is uncle Joe Biden.  As he said proudly the other day, "I am a union man."  He was speaking at at aTeamsters "temple."  Behind him were arrayed a handful of union employees who included several bored looking young people.  There were not a lot of people in the room overall.

The problem with both Joe and Bernie is that  they are lost in time, different times.

Joe is still a Walter Reuther style CIO guy, firmly believing a theory of labor relations in which the managers and the stockholders are ALWAYS bad, selfish, venal people who must be resisted and defeated in a permanent zero-sum game.  That was the world he grew up in and he never got over it.  As I have said before, Joe ain't too bright.

Bernie is trapped in another past time.  He believes in his bones that Blacks and other minorities are still suffering under Jim Crow as well as capitalism in general.  Blacks are not suffering under Jim Crow but for Bernie Blacks are more of an abstraction than anything else.  That can be seen in his behavior in campaigning in South Carolina.  This was written up in today's edition of Bezos' DC blog (Washpost)  A woman former South Carolina state representative complains therein that Bernie just doesn't relate as a human.  He would rather give speeches from the dais.

Beto, the inane, is not a serious candidate.

Pete Butagieg looks like a better bet, but the truth is that a lot of Americans will not vote for a gay man (or woman) to be president.  They won't admit that in polling, but they are lying.  Much the same thing was true of Romney over his status as a latter day saint.

Trump may defeat himself but the Democrats are not impressive.  pl

27 Responses to A Field of Dreams or Nightmares?