We have become ignorant. We are skilled but uneducated … 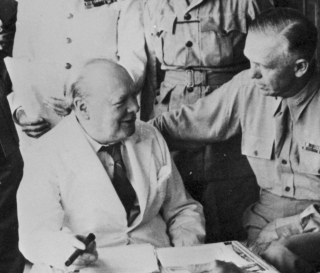 "A liberal education is a system or course of education suitable for the cultivation of a free (Latin: liber) human being. It is based on the medieval concept of the liberal arts or, more commonly now, the liberalism of the Age of Enlightenment.[1] It has been described as "a philosophy of education that empowers individuals with broad knowledge and transferable skills, and a stronger sense of values, ethics, and civic engagement … characterised by challenging encounters with important issues, and more a way of studying than a specific course or field of study" by the Association of American Colleges and Universities.[2] Usually global and pluralistic in scope, it can include a general education curriculum which provides broad exposure to multiple disciplines and learning strategies in addition to in-depth study in at least one academic area.

Liberal education was advocated in the 19th century by thinkers such as John Henry Newman, Thomas Huxley, and F. D. Maurice. Sir Wilfred Griffin Eady defined liberal education as being education for its own sake and personal enrichment, with the teaching of values."  wiki

Churchill and George Marshall.  We don't have leaders like them anymore.

Churchill did not attend a university.  He said that his greatest teacher at "public" school was a man who taught him how to write an English sentence, "subject, verb, object adorned with modifiers as needed" and then to group sentences together in paragraphs with coherent meaning.  Yet Churchill wrote massive works of history, "The Second World War," "A History of the English Speaking Peoples," etc.  I read them when they were published.  I was a boy but the books were so beautifully, and clearly written that I could easily handle them.

George Marshall never wrote anything unofficial that I know of.  Perhaps there is a magazine article somewhere?  In retirement he lived at Dodona Manor, a modest house in Leesburg, Virginia and steadfastly refused all offers of book contracts.  His many papers are stored at the Marshall Library in Lexington, Virginia.  He donated them.  Eisenhower became wealthy from the earnings derived from "Crusade in Europe."

Neither man had anything like a STEM degree.  Neither attended a university like Stanford or Oxford.  But somehow they presided over the triumph of Western Civilization, a triumph of values over mere brute force.

How did they manage that?  They both had open minds that relentlessly sought the truth and then applied what they learned in all the situations they encountered.  Are we still capable of that?  I doubt it.  pl

45 Responses to We have become ignorant. We are skilled but uneducated …