“What We, the Taliban, Want” NY Times op-ed 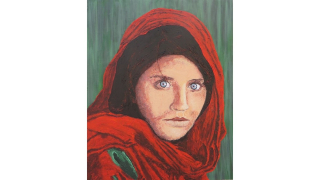 "I am confident that, liberated from foreign domination and interference, we together will find a way to build an Islamic system in which all Afghans have equal rights, where the rights of women that are granted by Islam — from the right to education to the right to work — are protected, and where merit is the basis for equal opportunity.

We are also aware of concerns about the potential of Afghanistan being used by disruptive groups to threaten regional and world security. But these concerns are inflated: Reports about foreign groups in Afghanistan are politically motivated exaggerations by the warmongering players on all sides of the war.

It is not in the interest of any Afghan to allow such groups to hijack our country and turn it into a battleground. We have already suffered enough from foreign interventions. We will take all measures in partnership with other Afghans to make sure the new Afghanistan is a bastion of stability and that nobody feels threatened on our soil."  Haqqani

IMO, the publication by the Times of this manifesto was probably a required element of the peace process.  It demonstrates a willingness to publicly subscribe to things the US would like to see in a fig leaf agreement that allows us to withdraw.

Well, pilgrims, we DO need to leave that sad country.  We have done as much damage as we could manage in almost 20 years.  No one should expect us to do more.

Afghanistan is still just a geographical expression with a seat in the UN, a monument to 19th Century Russian and British desire for a buffer zone between their two spheres of control.

All Right!  Accept the fig leaf and get the hell out!  pl

17 Responses to “What We, the Taliban, Want” NY Times op-ed