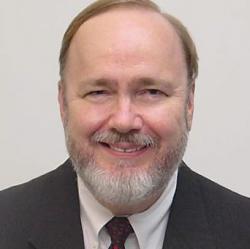 "The Kim family regime had truly mastered the arts of propaganda. On one trip, in 2007, my handler became incensed when I remarked that Kim Il-sung had gone to Moscow to plead with Josef Stalin three times before getting permission to invade South Korea in 1950.

Although the man was a life-long resident of Pyongyang, the most cosmopolitan place in North Korea, he remained a true believer in the regime’s version that the South started the war. When I told him the Soviet archives had opened and official documents there proved what I was telling him, it was impossible for him to believe me. He had no framework for even imagining such a contradiction of the history he had been taught.

He warned that if I failed to watch my tongue he couldn’t assure my safety in the country, and he challenged me to “restart the Korean War, just you and me.”

Hysterical, militaristic leader worship, not unlike that of prewar Japan, had become deeply rooted."  Martin in Asia Times

I am not a never Trumper or even anti-Trump but IMO he is headed for a fall in North Korea.  He and Pompeo seem to be overly convinced of the effect of the magnetism of their personalities.  Trump's self image ill equips him to deal with the sheer stubbornness of the inhabitants of a political theocracy and Pompeo suffers people poorly whom he thinks inferior to him in intellect.  He hides that well behind a surface masked in affability.

Have the Chinese sabotaged the deal?  They probably have done that, seeking to maintain control of this dependency while teaching Trump a lesson.  Two birds with one stone is always good.

Trump is accustomed to making deals that are executed in trenches when the initial attempt to hustle the "partner" into giving it all up fails.  IMO he will fall back to that method of operation.  What will be the effect on Mikey?  It will be nothing good.  Trump does not tolerate failure in his zillim "flunkies."  They are all just tools to him, to be discarded if they do not meet his expectations.

He will be particularly incensed because the Europeans may be encouraged in their resistance.  pl

This entry was posted in Korea. Bookmark the permalink.