Posted on February 3, 2020 by Andrei Martyanov 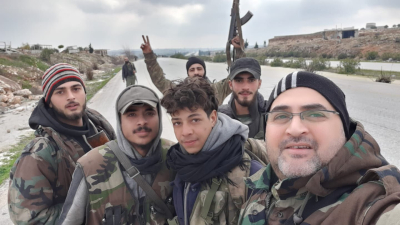 According to the latest field report from Idlib, the Syrian Army captured the towns of Al-Turniyah and Nayrab after advancing southwest of Saraqib. As a result of this advance, the Syrian Arab Army found themselves in position to cutoff the Aleppo-Latakia Highway, which resulted in the obstruction of a militant supply route between the cities of Aleppo and Idlib. Furthermore, this advance allowed the Syrian Army to reach the Idlib part of the Aleppo-Latakia Highway for the first time since 2015.

Last night, the Turkish Armed Forces carried out a number of strikes against the Syrian Arab Army, following accusations that the latter killed four Turkish soldiers inside the Idlib Governorate. (AMN) 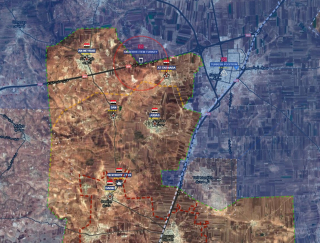 With this weekend’s advance by the SAA, Erdogan is left not knowing whether to shit or go blind. Over the last week, he sent 200 vehicles including 50 tanks and APCs into Idlib in an effort to thwart the SAA’s taking of Saraqib. He established “observation posts” to the north, east, south and west of the city as shown on the map below. 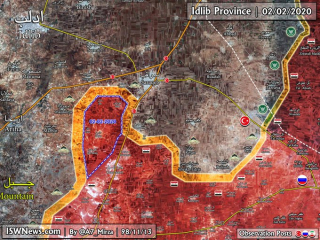 The OP to the west of Saraqib on the M4 highway came under SAA artillery fire yesterday killing and wounding several Turkish soldiers. Erdogan declared the Astana plan dead. Russia said the Turks moved in without proper coordination so the Turkish casualties are on Erdogan. Iran said that Syria has the right to reclaim her territory even under the Astana plan so Erdogan can pound sand up his ass. It does seem like the SAA will soon create a cauldron with Saraqib full of jihadis and Turks along with a large swath of jihadi infested territory east of Saraqib.

The SAA is only eight kilometers from Idlib city. They are also making good progress on the Aleppo front. The 30th Republican Guards Division has pushed well beyond Khan Tuman and are still driving towards the M5 north of Saraqib. What will Erdogan do next? Will the Turkish Army finally join their jihadi brethren as full fledged co-belligerents against the SAA and the Russian Aerospace Forces?