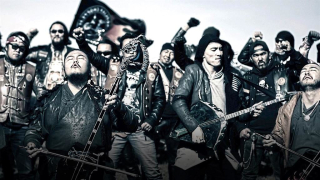 We’re not lacking for news, but I figured an open thread would provide a good respite while El Jefe mends. My younger son is an unbelievable coder. He’s also a metal head who often plays poker with a Richmond-based metal band. Sunday, he introduced me to a metal band that truly moved me.The Hu is a Mongolian heavy metal band using traditional Mongolian musical instruments and throat singing in their art. Enjoy.

This entry was posted in Open Thread, TTG. Bookmark the permalink.