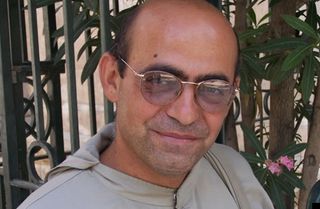 "Franciscan Father Francois Murad is said to have died after fighters linked to the jihadist group Jabhat al-Nusra attacked the monastery he was staying at, local sources say.
Catholic Online links to amateur footage purporting to show the 49-year-old's horrific death and reports: "The Vatican is confirming the death by beheading of Franciscan Father, Francois Murad, who was martyred by Syrian jihadists on June 23.""  Huff post

The Franciscans of the Custody of the Holy Land now say hat Father Murad was shot in his church by the al-Nusra Front.

This was the act of the allies of the United States, Britain, France, Jordan and Mursi's Egypt.